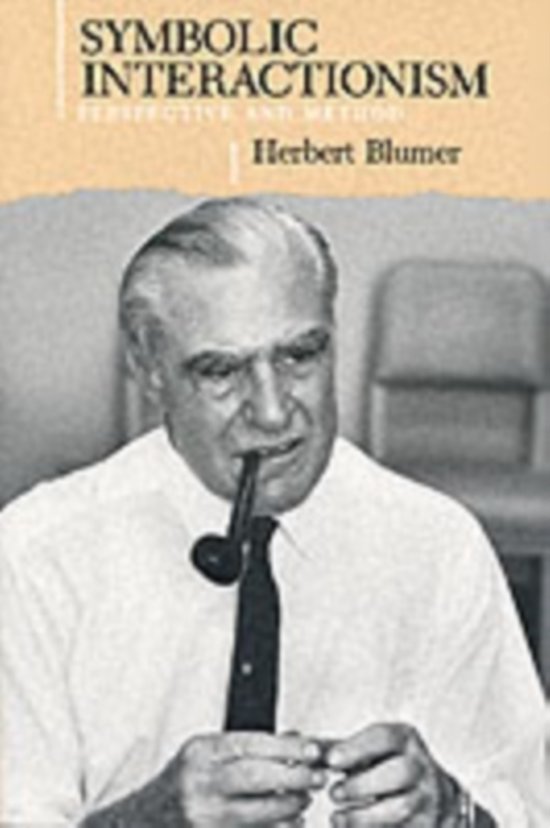 This is a collection of articles dealing with the point of view of symbolic interactionism and with the topic of methodology in the discipline of sociology. It is written by the leading figure in the school of symbolic interactionism, and presents what might be regarded as the most authoritative statement of its point of view, outlining its fundamental premises and sketching their implications for sociological study. Blumer states that symbolic interactionism rests on three premises: that human beings act toward things on the basis of the meanings of things have for them; that the meaning of such things derives from the social interaction one has with one's fellows; and that these meanings are handled in, and modified through, an interpretive process.