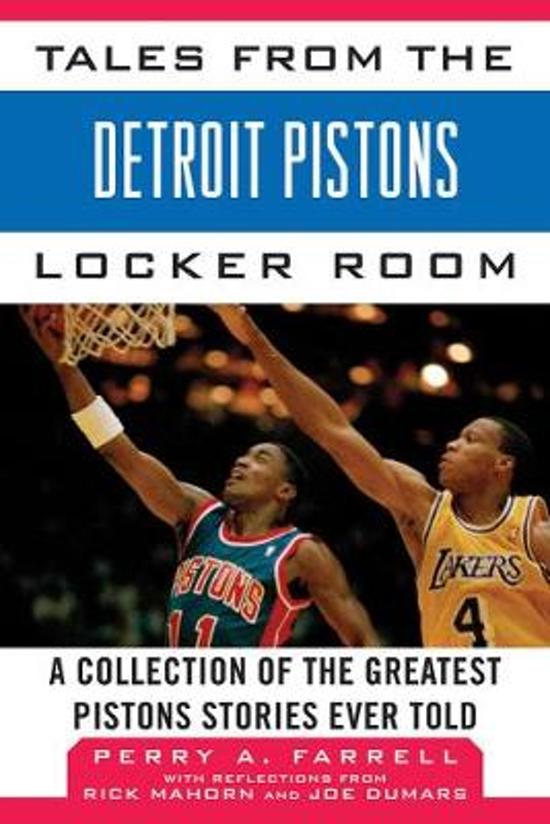 Some call them the Bad Boys, others just call them bad news-either way, few teams carry the passion, power, and determination exuded by the Detroit Pistons. A collection of incredible basketball talent revered in Detroit and despised throughout the rest of the NBA, the Pistons are anything and everything but boring. Now Perry A. Farrell will take fans into the locker room and onto the Pistons court in this newly revised edition of Tales from the Detroit Pistons Locker Room. With help from Pistons legends Rick Mahorn and Joe Dumars, Farrell shares stories that cover all the key characters, including Isiah Thomas, Bill Laimbeer, John Salley, Vinny Johnson, Dennis Rodman, and coach Chuck Daly. Mahorn discusses the wars with the Bulls, Celtics, and Knicks, and championship battles with the Lakers and Blazers. The book also examines the sorry state of the franchise before the two titles, their attempts to recapture their NBA magic with Grant Hill and Jerry Stackhouse, and the recent run of success that Dumars is having as the team's general manager. Mahorn's role as color analyst for Pistons radio broadcasts has kept him in the loop as Dumars has added players like Rip Hamilton, Rasheed Wallace, and Darko Milicic, along with coach Larry Brown, over the past few seasons. Sharing stories from his playing and announcing days is a part of what makes Tales from the Detroit Pistons Locker Room a must-have for any Pistons fan.
Toon meer Toon minder