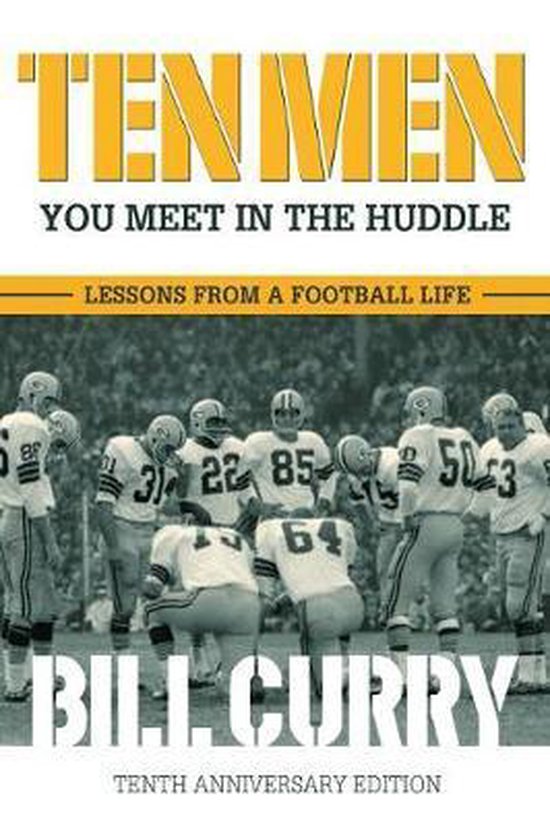 No sport rivals football for building character. In the scorching heat of two-a-days and the fierce combat of the gridiron, true leaders are born. Just ask Bill Curry, whose credentials for exploring the relationship between football and leadership include two Super Bowl rings and the distinction of having snapped footballs to Bart Starr and Johnny Unitas. In Ten Men You Meet In The Huddle, Curry shares the wit, wisdom, and tough love of teammates and coaches who turned him from a next-to-last NFL draft pick into a two-time Pro Bowler. Learning from such giants as Vince Lombardi and Don Shula, Ray Nitschke and Bubba Smith, Bobby Dodd and even the indomitable George Plimpton, Curry led a football life of nonstop exploration packed with adventure and surprise. As our country has grown more and more divided in the last decade, the sport of football has taken on added significance as a builder of constructive relationships between people from varied environments. From the locker rooms to the stands, communities bond in a unique and powerful way in and around our sport. The fact remains that football is America's game. Blessed with irresistible characters, rich personal history, and a strong, simple, down-to-earth voice, Ten Men You Meet In The Huddle proves that football is much more than a game. It is indeed a metaphor for life. This enhanced and updated version examines and amplifies the pressing issues facing football today.
Toon meer Toon minder