The Arctic, the Inuit, and the Polar Bear 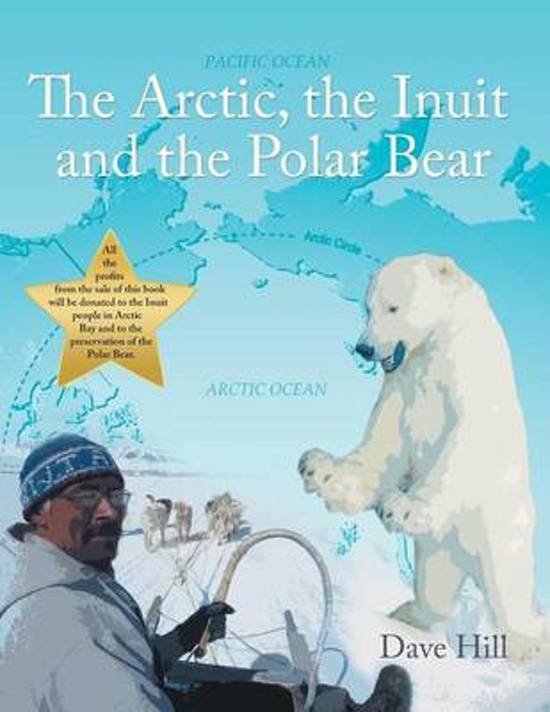 Dave Hill is a comedian, writer, and musician originally from Cleveland but now living in New York City. He has writ­ten for The New York Times, The Paris Review, Salon, GQ, McSweeney’s, the Cleveland Plain Dealer, and Guitar World, among other publications. He is a regular contributor to public radio’s This American Life and hosts his own radio show, The Goddamn Dave Hill Show, on WFMU in Jersey City, New Jersey. Dave has starred in his own TV series, The King of Miami, on the MOJO Network, which was canceled even though Dave really liked it. He has also appeared on Comedy Central, BBC America, MTV, and Adult Swim, among others, and is a regular host on HBO and Cinemax. Dave performs live comedy in theaters and basements all over the world. He also plays guitar and sings in his own rock band, Valley Lodge, whose song “Go” is the theme song for HBO’s Last Week Tonight with John Oliver. Dave Hill Doesn’t Live Here Anymore is his sec­ond collection of nonfiction essays. Tasteful Nudes: . . . and Other Misguided Attempts at Personal Growth and Validation is his first.
Alles van Dave Hill
Toon meer Toon minder

The Arctic,The Inuit and the Polar Bear,is a account of the most unexpected and incredible experience that I had ever had,living with three Inuits well within the Arctic circle.I became part of their extended family and for three weeks I worked,slept and ate with them,eating Inuit food,which is high in protein and fat and low in carbohydrates.I had to adapt to their diet,culture and to twenty four hours of daylight.this was very hard to do as there is no dawn or dusk to indicate the start and finish of each day. None of this was planned,it seemed like fate that I was destined to go,and celebrate my sixtieth birthday in a remote part of the world and if I had learned about it earlier in Life I would have jumped in with both feet at such an opportunity. I learned first hand of how they cope with a complete change in their lifestyle from being a nomadic race to learning to live in the twenty first century by white man's rules.In days gone by they were completely self sufficient but now they have to buy products from the 'south' such as clothes,snowmobiles and white man's food which has not done them any favours and has introduced obesity among other illnesses.They now have to earn money to pay their way in our world,and in their environment it is very difficult to do. The hunt was very difficult and all of us were working over eighteen hours each day and only sleeping when we were exhausted.At first it was difficult to realise that the temperatures were down to minus forty as the sky was blue and the sunshine made it appear warm but if you removed your gloves you could get frostbite within minutes. After a two day journey on snowmobiles pulling our sledges from Arctic Bay to the hunting grounds,we made base camp and from then on we reverted to using the dog sleighs,this was truly unbelievable and was exciting to say the least,it was remarkable how these dogs performed,they did all that their master asked of them and even more.How the could work as hard as they did on the minimum of food astounded me,any other dog would have died. For the first time in my life I was living with true hunters,these guy do it not for sport but for pure necessity,they needed food to survive.They were true masters of their art.At the start of our hunting day we released the dogs from their chains and harnessed them to their sledge in readiness to start our daily routine,which often lasted eighteen hours before we returned to camp and tied the dogs to their chains,where they stayed until the next day. To be free in such a pristine and frozen wilderness and be as one with nature is something that I would love to repeat,it was a remarkable twenty one days,we started from Arctic Bay as three Induits with their client,after two days I was part of the team and returned as close friends,I was now part of their family and will remain so for ever,I can't wait to go back in the summer and learn about how they survive and prepare for the winter to come.