The Aspirations of Jean Servien 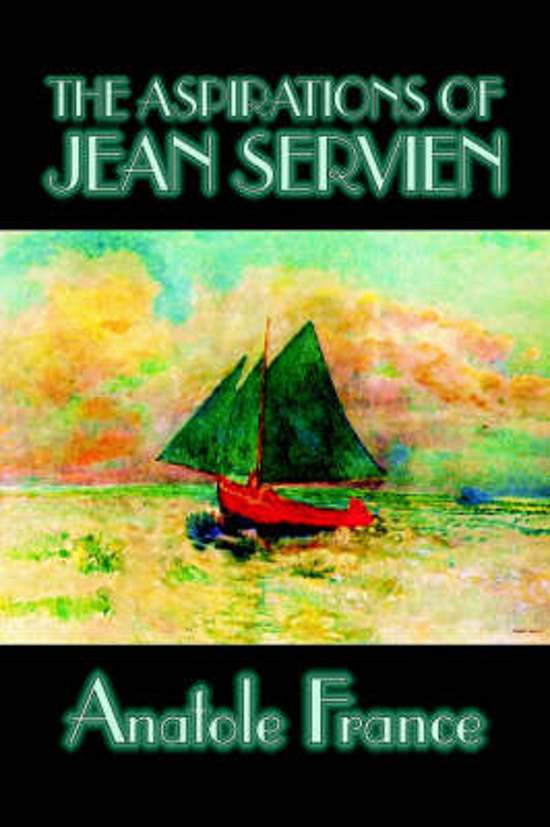 Anatole France (Jacques-Anatole-Francois Thibault) was born in Paris in 1844, the only son of a book dealer. Working throughout his life in the publishing industry, he also contributed to various reviews and from 1873 was beginning to focus on his own creative writing. In 1897 he was elected to the Academic Francaise. The decisive shift in his career came in his participation in the Dreyfus affair, on behalf of the convicted Jewish officer. It marked the first stage of his emergence as one of the 'representative men' of his epoch, and brought about his conversion to socialism. Subsequent works reflect thsi sharpened humane concern. He was awarded the Nobel Prize for Literature in 1921. He died in 1924.
Alles van Anatole France
Toon meer Toon minder

Jean Servien was born in a back-shop in the _Rue Notre-Dame des Champs._ His father was a bookbinder and worked for the Religious Houses. Jean was a little weakling child, and his mother nursed him at her breast as she sewed the books, sheet by sheet, with the curved needle of the trade. One day as she was crossing the shop, humming a song, in the words of which she found expression for the vague, splendid visions of her maternal ambition, her foot slipped on the boards, which were moist with paste. Instinctively she threw up her arm to guard the child she held clasped to her bosom, and struck her breast, thus exposed, a severe blow against the corner of the iron press. She felt no very acute pain at the time, but later on an abscess formed, which got well, but presently reopened, and a low fever supervened that confined her to her bed. There, in the long, long evenings, she would fold her little one in her one sound arm and croon over him in a hot, feverish whisper bits of her favorite ditty: The fisherman, when dawn is nigh,Peers forth to greet the kindling sky...Above all, she loved the refrain that recurred at the end of each verse with only the change of a word.;It was her little Jean's lullaby, who became, at the caprice of the words, turn and turn about, General, Lawyer, and ministrant at the altar in her fond hopes.
Toon meer Toon minder