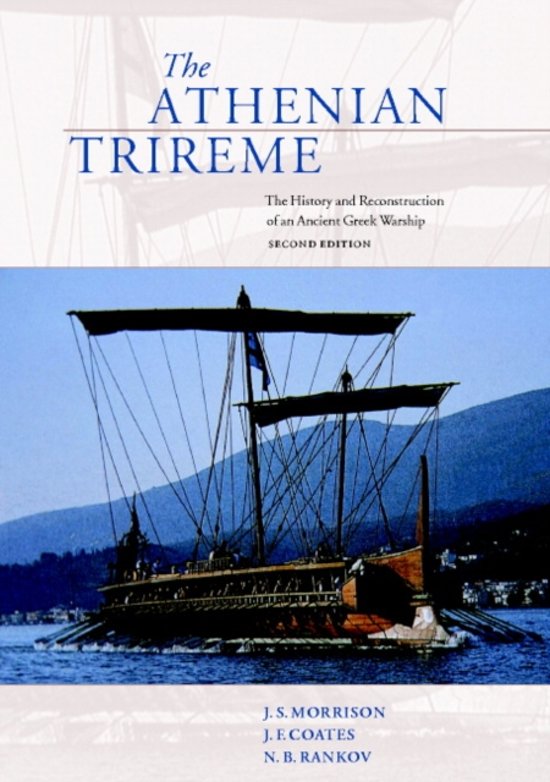 Shortly before the launch of the reconstructed Greek warship, Olympias, the first edition of The Athenian Trireme was published, providing historical and technical background to the reconstruction of the ship. Since then, five seasons of experimental trials have been conducted on the ship under oar and sail, and the lessons learned have been supplemented by archaeological discoveries and by historical, scientific and physiological research over the last fifteen years. For this second edition, the text has been recast and a number of substantive changes have been made. In addition, there is an additional chapter which describes the trials of Olympias in detail, reports the performance figures, and outlines the changes desirable in any second reconstruction. There are 19 new illustrations, including 11 photographs of Olympias at sea demonstrating features of the design which could be represented only by drawings in the first edition.
Toon meer Toon minder

' ... reads like the best sort of detective story.' Peter Jones, BBC History Magazine Reviews of the first edition: '... pulls together all the known theories and evidence concerning the trireme, copiously illustrated and a highly readable account.' The Guardian 'If the ship is as good as the book, it will be doing well.' The Times Literary Supplement Clearly written and well-organized...Generously illustrated with maps, drawings, and photographs...[it] will fascinate anyone interested in the sea and ships, ancient history, or classical archaelogy. Historian The new edition of The Athenian Trireme continues the success of the first...the new chapter and the up-dating of some of the material and the bibliography make the new volume a worthwhile effort. Phoenix