The Bacon Jam Cookbook It's a proper pig-out 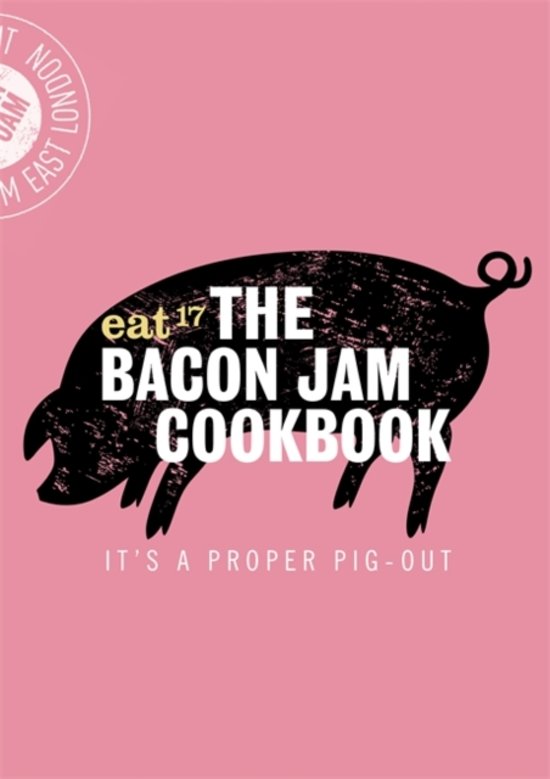 BACON ME CRAZY! Eat 17 is a small, independently-owned and much-loved group of eateries and convenience stores based in east London. It was started by James Brundle and Chris O'Connor, two brothers in their early twenties, who, with only GBP5,000, transformed a run-down off-license in Walthamstow into a multi-million-pound retail revolution and world-class brand. Eat 17's two shops are London fixtures, and the brothers recently took out a lease on a third site. Eat 17 has also recently started selling to a supermarket chain in Hong Kong and on mainland China. The Bacon Jam Cookbook, as well as providing many recipes from Eat 17 and their suppliers, also describes what the brothers have achieved and how. It is also, incidentally, a paean to bacon - (just about) everyone's favourite foodstuff. http://www.eat17baconjam.co.uk http://www.eat17.co.uk/
Toon meer Toon minder

I defy you to pop into this [shop] for a pint of milk - it does normal products, too - without buying a jar of chorizo jam, two bespoke blueberry flapjacks from Walthamstow, a bottle of elderflower vodka and some Cornish honey-washed organic ewe's cheese - Evening Standard Use it on: stilton - it's a revelation - Shortlist Any BBQ deserves quality and condiments and Eat 17 Bacon Jam is a stellar addition to the classic ketchups and mustards - Daily Mail Weekend Salty and delicious, and brilliant on burgers, sarnies, canapes and in stews - Daily Mail Arguably the area's most unlikely and successful export - Guardian It's the perfect salty/spicy barbeque burger relish - Sunday Times Wicked - Evening Standard Addictive with crusty bread - Woman magazine