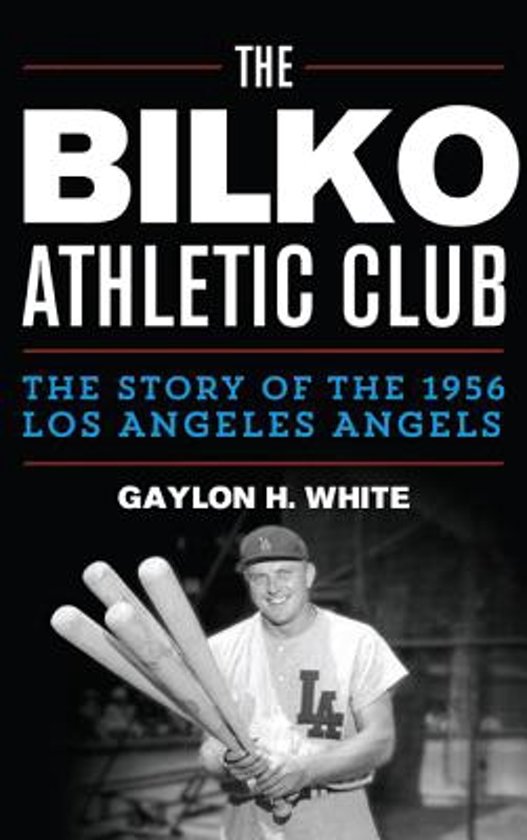 During the 1956 baseball season in the city of Los Angeles, Mickey Mantle's pursuit of Babe Ruth's single-season home run record was matched only by the day-to-day drama of Steve Bilko's exploits in the Pacific Coast League. While Mantle was winning the Triple Crown in the American League, Bilko was doing the same in the highest of all the minor leagues with the Los Angeles Angels. He led the league hitters in eight categories, and the Angels romped to the pennant. Bilko hit one mighty home run after another to earn Minor League Player of the Year honors and inspire the team's nickname, The Bilko Athletic Club. The Bilko Athletic Club tells the story of the 1956 Los Angeles Angels, a team of castoffs and kids built around Steve Bilko, a bulky, beer-loving basher of home runs. Author Gaylon H. White provides an intimate portrait of life in minor league baseball in the 1950s and gives readers a glimpse inside the heads and hearts of the players as they experience the same doubts and frustrations many face in the pursuit of a dream. The Angels' unforgettable season unfolds through stories told by the players themselves, as they racked up runs and rolled to a 107-61 won-loss record, finishing sixteen games ahead of their closest competitor. Featuring in-depth interviews with Steve Bilko and twenty-five of his '56 Angels teammates, The Bilko Athletic Club also includes several photos and is highlighted by never-before-told anecdotes. A fascinating account of a season to remember, The Bilko Athletic Club will take fans and historians of the national pastime back to the golden era of baseball.
Toon meer Toon minder