The Bourgeoisie in 18th-Century France 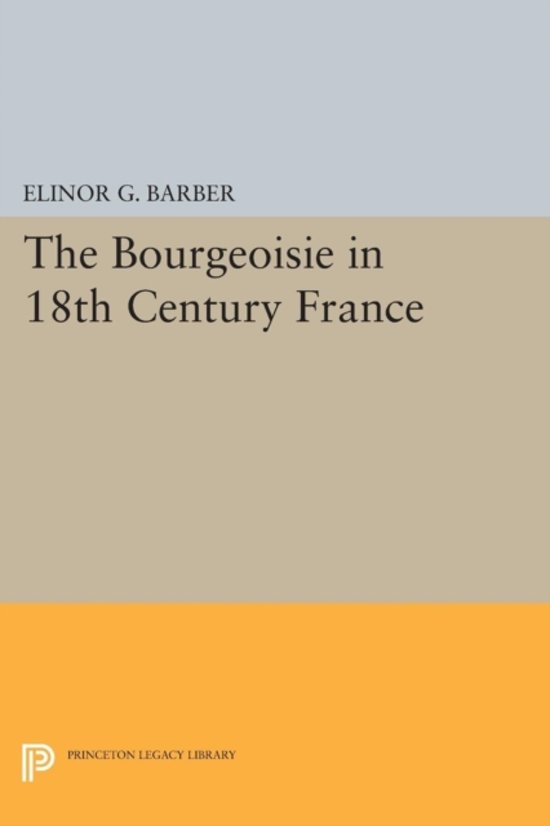 By delving into the religious, economic, social, and political attitudes and practices of the French bourgeoisie in the 18th century, Mrs. Barber dispels the idea that they were a revolutionary class bent on the destruction of the ancien regime. Instead, she reveals that only slowly and partially did they become antagonistic to the established society. Her particular attention is given to bourgeois feelings about, and chances for, social mobility. The book provides fresh insights into a familiar period, both in the wealth of information about the bourgeois class and in the use of sociological methods in a historical study. As an excellent example of a new and increasingly fruitful approach to history, it will interest both the historian and the social scientist Originally published in 1955. The Princeton Legacy Library uses the latest print-on-demand technology to again make available previously out-of-print books from the distinguished backlist of Princeton University Press. These editions preserve the original texts of these important books while presenting them in durable paperback and hardcover editions. The goal of the Princeton Legacy Library is to vastly increase access to the rich scholarly heritage found in the thousands of books published by Princeton University Press since its founding in 1905.
Toon meer Toon minder