The British Empire Themes and Perspectives 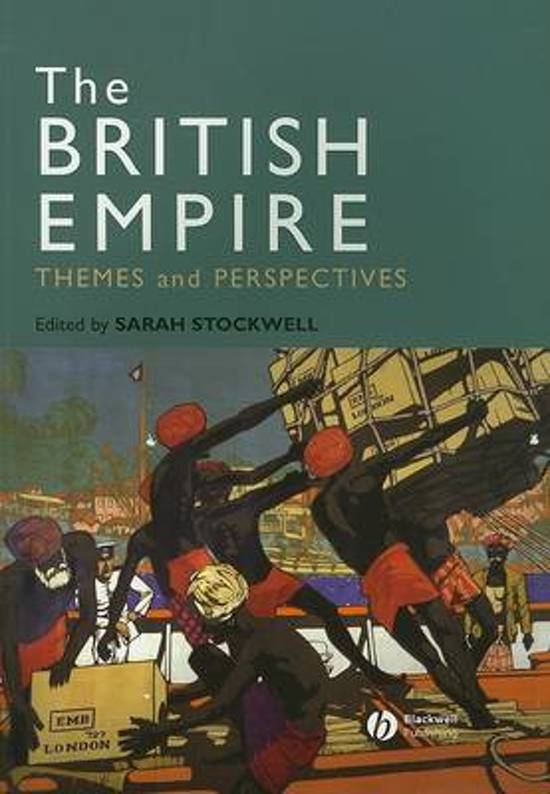 This volume adopts a distinctive thematic approach to the history of British imperialism from the eighteenth to the twentieth century. It brings together leading scholars of British imperial history: Tony Ballantyne, John Darwin, Andrew Dilley, Elizabeth Elbourne, Kent Fedorowich, Eliga Gould, Catherine Hall, Stephen Howe, Sarah Stockwell, Andrew Thompson, Stuart Ward, and Jon Wilson. * Each contributor offers a personal assessment of the topic at hand, and examines key interpretive debates among historians * Addresses many of the core issues that constitute a broad understanding of the British Empire, including the economics of the empire, the empire and religion, and imperial identities

By putting the 'old' political, economic, intellectual history in conversation with newer concerns about culture, gender, race, sexuality, identity-formation, and migration, this approach might be a very important way of reinvigorating the study of empire. (Victorian Studies, Autumn 2009) It will provide a most stimulating companion for students and researchers alike. (English Historical Review, June 2009) This book provides a wide-ranging, judicious, and insightful survey of some of the most important contemporary issues in British imperial and colonial historiography. Editor Stockwell (King's College London) has assembled 12 excellent essays on a representative sample of themes. Stockwell has cut through the polemics that have sometimes characterized scholarly debate in imperial history, demonstrating that the field's strengths are greater than the sum of its parts. Essential. (CHOICE, December 2008)
Toon meer Toon minder