The Castrato and His Wife 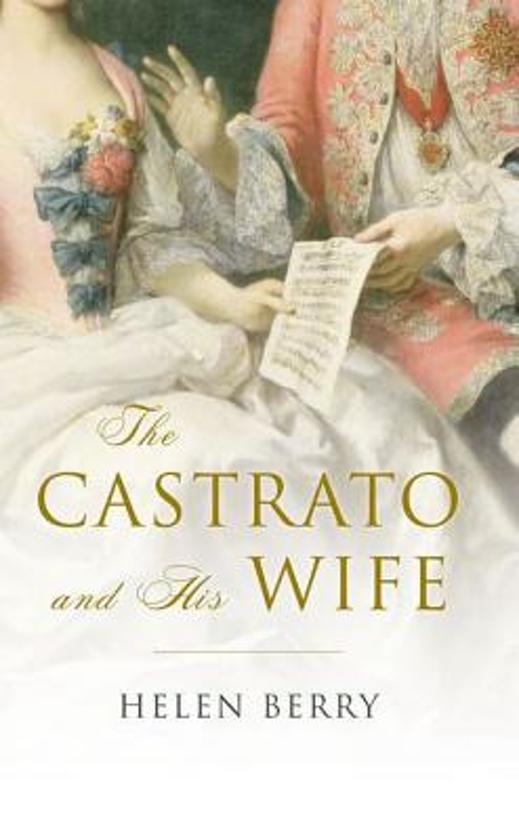 The opera singer Giusto Ferdinando Tenducci was one of the most famous celebrities of the eighteenth century. In collaboration with the English composer Thomas Arne, he popularized Italian opera, translating it for English audiences and making it accessible with his own compositions which he performed in London's pleasure gardens. Mozart and J. C. Bach both composed for him. He was a rock star of his day, with a massive female following. He was also a castrato. Women flocked to his concerts and found him irresistible. His singing pupil, Dorothea Maunsell, a teenage girl from a genteel Irish family, eloped with him. There was a huge scandal; her father persecuted them mercilessly. Tenducci's wife joined him at his concerts, achieving a status as a performer she could never have dreamed of as a respectable girl. She also wrote a sensational account of their love affair, an early example of a teenage novel. Embroiled in debt, the Tenduccis fled to Italy, and the marriage collapsed when she fell in love with another man. There followed a highly publicized and unique marriage annulment case in the London courts. Everything hinged on the status of the marriage; whether the husband was capable of consummation, and what exactly had happened to him as a small boy in a remote Italian hill village decades before. Ranging from the salons of princes and the grand opera houses of Europe to the remote hill towns of Tuscany, the unconventional love story of the castrato and his wife affords a fascinating insight into the world of opera and the history of sex and marriage in Georgian Britain, while also exploring questions about the meaning of marriage that continue to resonate in our own time.
Toon meer Toon minder

Bravo * Classic FM Magazine * Berry was right to attempt this book, whose content is unique and effect unsettling and thought-provoking. * Sunday Telegraph {Seven} * Berry is fascinating * Daily Express * This is a well-researched story of a very unique arrangement * The Resident * spirited biography * Sunday Times {Culture} * fascinating book * We Love This Book * compelling book * The Independent on Sunday * deploying her considerable skills as a historian and writer to re-create with panache the world in which Dorothea and Tenducci both flourished and floundered. * The Sunday Times * Berry, who places this fascinating and poignant tale in a fact-rich context, gives a groundbreaking, nuanced analysis of 18th-century sexuality. * The Herald (Glasgow) * By using classical opera and the life and loves of a prominent castrato as a lens, Berry explores the themes of romance, sex and marriage, and more broadly, 19th-century European social life and customs. Recommended for readers who enjoy opera, classical music in general, and European history. * Library Journal * a fascinating take that just begs to be read. * Northern Echo * an exhilarating read * History Today * Writing clearly, judiciously, and sympathetically about all the dramatis personae, especially the heroic but improvident Tenducci, who retained his professional stature throughout, Berry rescues an eighteenth-century scandal from oblivion. Utterly enthralling. * Blooklist * a fascinating account of how masculinity, femininity and marriage were being reshaped in 18th-century Europe just when modernity was taking shape. * Washington Post *
Toon meer Toon minder