The Ceo Takes A Wife And The Throw-Away Bride 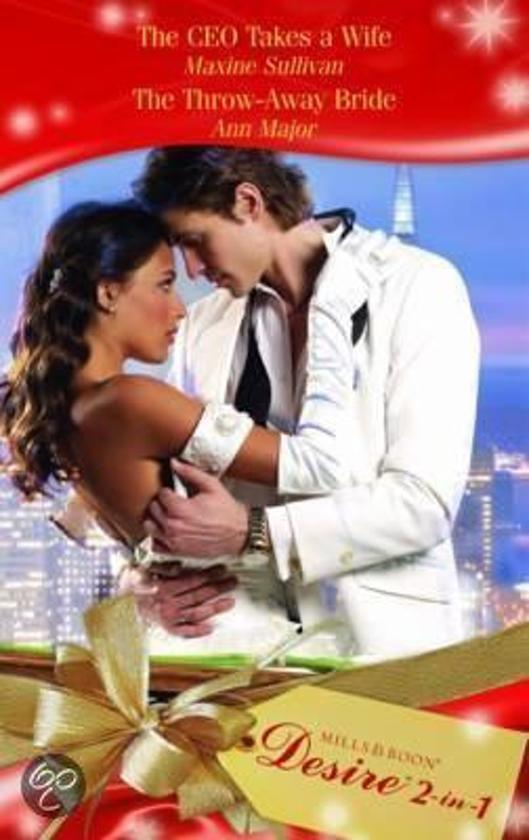 The CEO Takes a Wife Maxine Sullivan He must marry or lose control of his empire. But no ordinary wife would do for Australian tycoon Alex Valente. Emotional entanglements were to be avoided; physical attraction was essential. Struggling designer Olivia Cannington certainly fitted the bill… Perhaps she would even agree to the second part of his marriage ultimatum: give Valente an heir…within a year. The Throw-Away Bride Ann Major Abby Collins wasn't in the habit of having one-night stands. Especially with strong, sexy businessmen like Leo Storm. Their night together had been wilder than she'd ever imagined, but it had consequences that Abby hadn't bargained for. She was pregnant… Leo had asked her to marry him, but Abby really only wanted for her and her baby to be loved.