The Christian Interpretation of Prophecies Vindicated a Sermon Preached at the Cathedral Church of St Paul, Novemb 3 1701 Being the Eighth for the Year 1701 of the Lecture Founded by the Honourable Robert Boyle, Esq By George Stanhope, 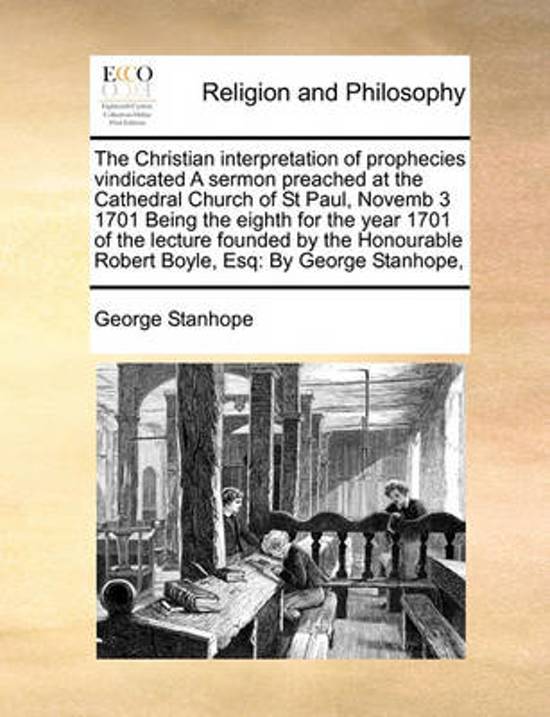