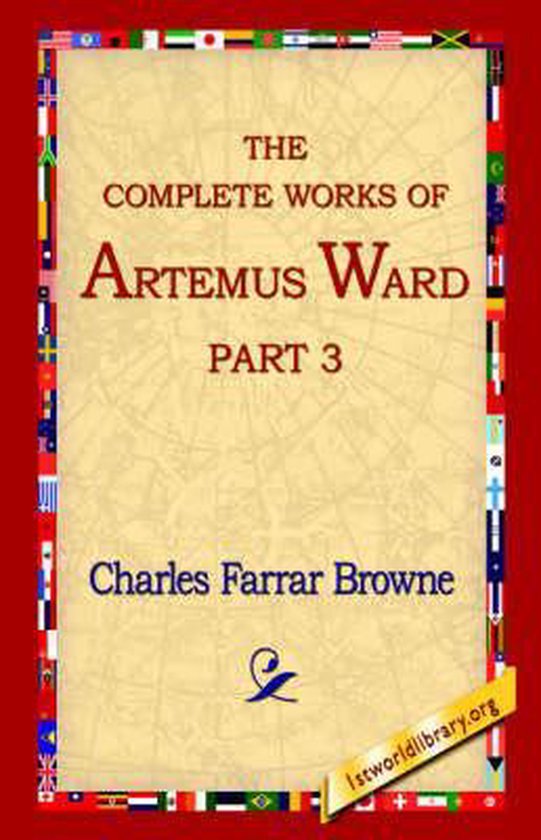 My story opens in the classic presinks of Bostin. In the parler of a bloated aristocratic mansion on Bacon street sits a luvly young lady, whose hair is cuvered ore with the frosts of between 17 Summers. She has just sot down to the piany, and is warblin the popler ballad called "Smells of the Notion," in which she tells how, with pensiv thought, she wandered by a C beat shore. The son is settin in its horizon, and its gorjus light pores in a golden meller flud through the winders, and makes the young lady twict as beautiful nor what she was before, which is onnecessary. She is magnificently dressed up in a Berage basque, with poplin trimmins, More Antique, Ball Morals and 3 ply carpeting. Also, considerable gauze. Her dress contains 16 flounders and her shoes is red morocker, with gold spangles onto them. Presently she jumps up with a wild snort, and pressin her hands to her brow, she exclaims: "Methinks I see a voice!"
Toon meer Toon minder