The Divine Agency Acknowledged in the Death of Our Dearest Friends. a Sermon Occasioned by the Decease of Mrs. Esther Darbe, Late Consort of John Darbe, M.A. Who Departed This Life Sept. 24, 1757 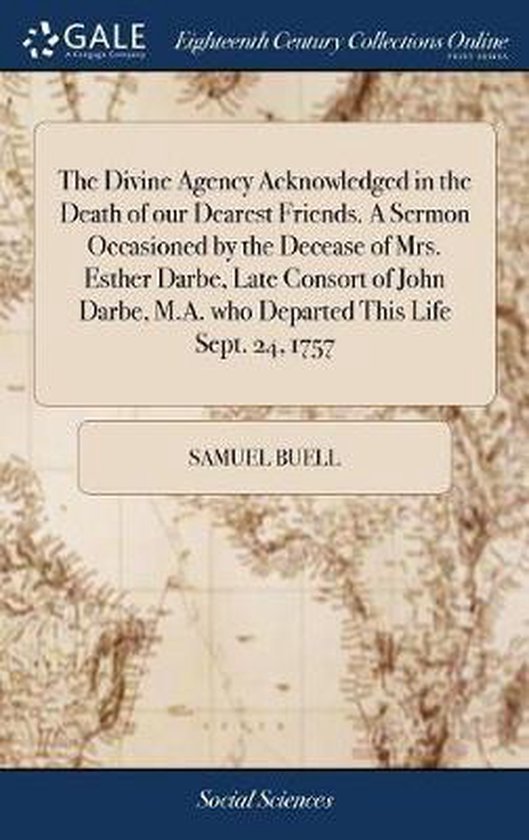