The Drum A History 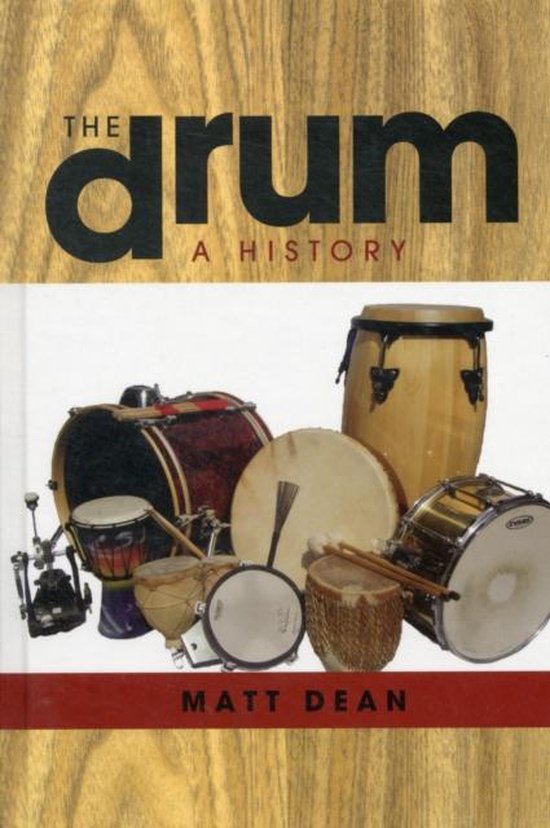 In The Drum: A History, drummer, instructor, and blogger Matt Dean details the earliest evidence of the drum from all regions of the planet, looking at cave paintings, statues, temple reliefs, and burial remains before finding existing relics of actual drums, which have survived thousands of years. Highlighting the different uses and customs associated with drumming, Dean examines how the drum developed across many cultures and over thousands of years before they became the instruments we know today. A celebration of this remarkable instrument, The Drum: A History explores how war, politics, trade routes, and religion have influenced the drum. Bringing its history to the present, Dean considers the modern cultural and commercial face of the drum, detailing its role in military settings and the development of the modern drum kit. This study charts the evolution of the recording studio environment, as well as specific analysis of the development of drum heads, sticks, and the often overlooked role of women on the drum kit. In addition, there is a look at the continuing evolution of the drum and its role through surveys of main manufacturers and the increased dependence on electronic drums, sampling machines, and drum recorders. As the first book to detail the entire development of the drum, The Drum: A History will appeal to every drummer, regardless of genre or style, as well as any reader with a general interest in the evolution of this universal instrument.
Toon meer Toon minder