The Essential Agus The Writings of Jacob B. Agus 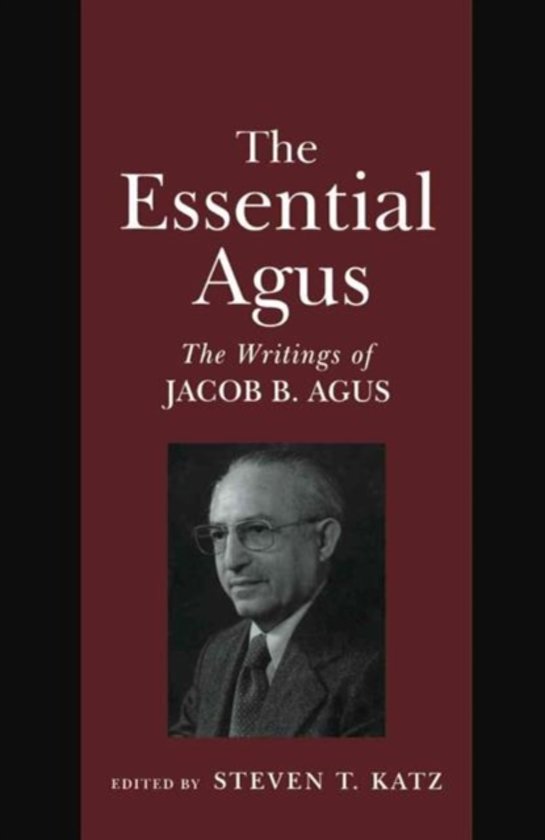 Rabbi Jacob Agus' (1911-1986) intellectual production spanned nearly a half century and covered an enormous historical and conceptual range, from the biblical to the modern era. Best known as an important Jewish scholar, he also held important rabbinic, teaching, and public positions. Although born and raised within an orthodox setting, Agus was strongly influenced by American liberalism and his work displayed modernizing sympathies, reservations about nationalism--including some forms of Zionism--and often severe criticisms of kabbalah. Agus crafted a unique, quite American, modernizing vision that ardently sought to remain in touch with the wellsprings of the rabbinic tradition while remaining open to the intellectual and moral currents of his own time.The Essential Agus brings together a sampling of Agus' most important published and unpublished material in one easily accessible volume. It will be an invaluable resource for students and researchers seeking to experience Agus' intellectual legacy.
Toon meer Toon minder

White by Law remains the definitive work on how American law constructed a 'white' race at the turn of the twentieth century. Haney Lopez has added a chapter to the new edition, a sobering analysis of how, in our own time, 'colorblind' law and policy threaten to perpetuate, not eliminate, racial inequality. A must-read -Mae M. Ngai, author of Impossible Subjects: Illegal Aliens and the Making of Modern America Here is one work that proved challenging to review with a fresh eye, having been widely reviewed and discussed since its original publication more than 10 years ago .While one's first question upon picking up such a book could easily be 'why bother?' with the re-release of an older work, in this case, the strategy works .[T]he addition of the author's personal narrative in the Preface and his intriguing view into the future with the new conclusion will add to the book's pedagogical value. In sum, Haney Lopez has provided a piece of scholarship worthy of bringing out a curtain call on its 10th anniversary. - Law and Politics Review , Praise for the 1st edition: Haney Lopez performs a major service for anyone truly interested in understanding contemporary debates over racial and ethnic politics. . . . A sobering and crucial lesson for a society committed to equality and fairness. -Martha Minow, Harvard Law School Ten years after its initial publication, White by Law remains the definitive treatment of the naturalization cases, and provides a compelling account of the role of law in constructing race. A wonderful combination of thematic development and historical excavation, one leaves this revised edition with a thoroughgoing understanding of the ways in which citizenship functioned not only to include and exclude but as a process through which people quite literally became white by law. -Devon W. Carbado, Professor of Law and Associate Dean, UCLA School of Law Praise for the 10th Anniversary Edition White by Law remains one of the most significant and generative entries in the crowded field of 'whiteness studies.' Ian Haney Lopez has crafted a brilliant study, not merely of how 'race' figures in the juridical logic of U.S. citizenship, but of the ways in which law fully participates in the wholesale manufacture of those naturalized groupings we know as 'races.' A terribly important work. -Matthew Frye Jacobson, author of Roots Too: White Ethnic Revival in Post-Civil Rights America
Toon meer Toon minder