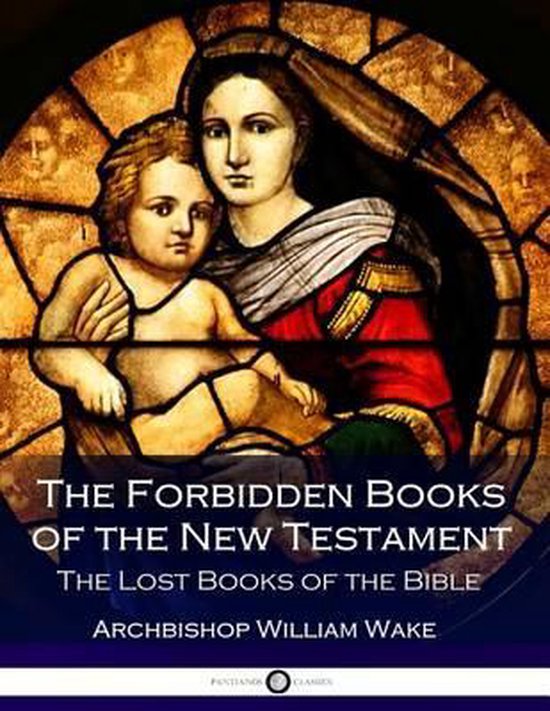 Archbishop Wake's translations of texts excluded or analogous with the Biblical New Testament remains an authoritative, well-regarded and wide-ranging source for scholars and enthusiasts of ancient Christendom.

In this collection are books which detail the life of Mary the mother of Jesus Christ, and the miracles performed by the infant Christ. A further book details the childhood of Jesus, together with his later interactions with various individuals important or incidental to the New Testament narrative.

Later in the text we encounter the various epistles such as the Magnesians, Romans, Trallians and Philadelphians. Some of these writings appear to be intended as a supplement to the existing books of the New Testament, rather than as entirely distinct books in themselves.

Not all of the books contain anecdotes or conversations between the major figures of the New Testament. Many are more concerned with discussing various aspects of Christian virtue and practice such as how one may conduct a good fast, avoid slipping into deceit, and retain a strong belief in the one, true God. As such, we can consider many of these texts as wholesome instruction on matters of observance.

When he first translated the apocryphal texts of the Bible in the late 17th and early 18th centuries, Archbishop William Wake was a revered figure in the Church of England. He held an intense personal interest in the ancient texts, and worked tirelessly to collate and translate them into English for the consideration of Christian audiences.

Although these books are not considered canon, many date from ancient times and were under consideration for inclusion in the New Testament. In the centuries since Wake uncovered these texts, it is without doubt that substantially more on the subject has been discovered by various archaeologists, historians, researchers and Biblical scholars. However, as a single source of Biblical apocrypha, Wake's collection remains the most complete.

This edition of the Forbidden Books unites all of the 17th and 18th century texts, supplementing them with an explanatory preface and referential notes appended at the conclusion of each book. The chapters and verses are set out with the greatest clarity, allowing the reader ease of reading and comprehension.
Toon meer Toon minder