The Geography of Multinational Firms 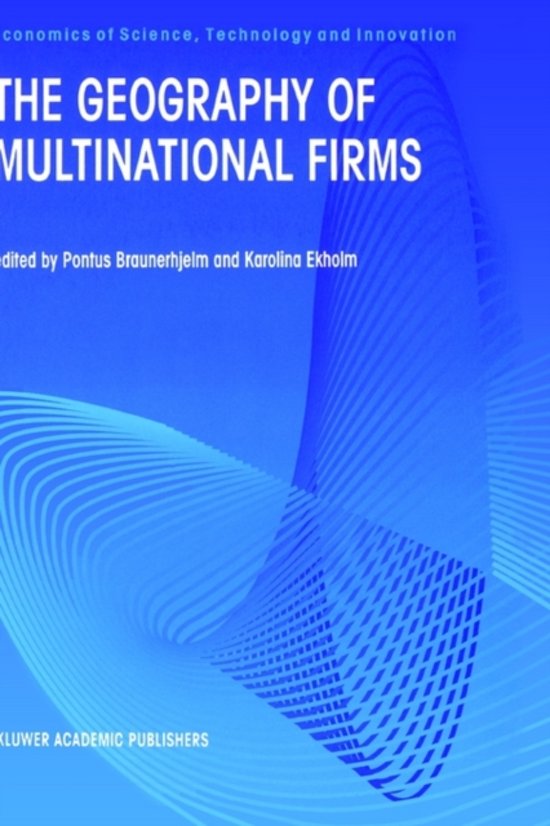 Pontus Braunerhjelm and Karolina Ekholm Over recent decades, foreign direct investment (FDI) has become a major force in the global economy. The geographical pattern of capital formation, trade and technological spillovers across countries and regions, are to an in­ creasing extent determined by the strategies chosen by multinational firms (MNFs). Between 1982 and 1994, the rate of growth of the global FDI stock was more than twice that of gross fixed capital formation, the growth of sales by foreign affiliates of multinational firms well exceeded that of world exports, and, by 1994, the MNFs accounted for approximately 6 percent of world output (United Nations, 1997, pp. xv-xvi). The overall mechanisms behind this rapid internationalization in terms of multinational produc­ tion have been attributed to the dismantling of trade barriers and the deregulation of capital markets, together with the advances in information technology that have facilitated the coordination and monitoring of inter­ nationally dispersed production. This development carries two important implications: First, firms operate in markets characterized by much tougher competition than only a decade ago, and, second, countries and regions are involved in competition for production to a much larger extent than before. This book addresses questions related to the location and geographical dispersion of the activities by multinational firms, a topic which has be­ come of increasing concern to policy-makers.
Toon meer Toon minder