The Good Fight Battle of Britain Propaganda and The Few 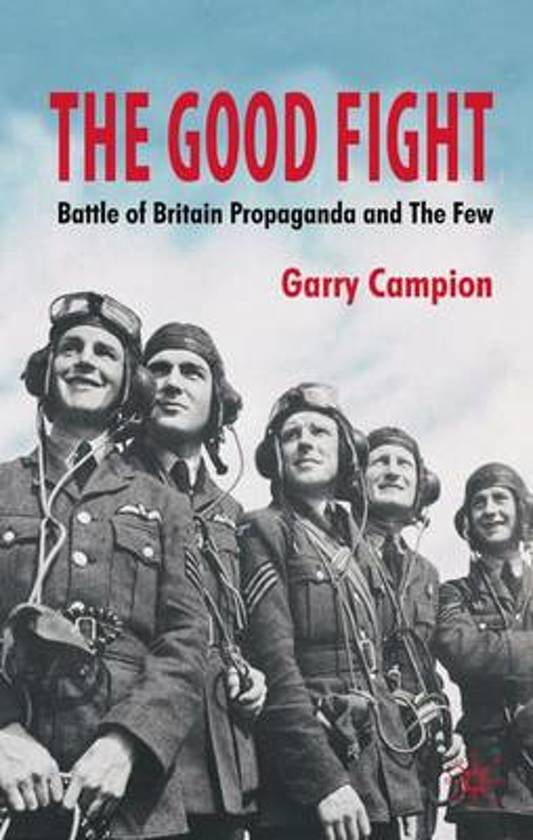 Propaganda during the Battle of Britain contributed to high national morale and optimism, with 'The 'Few's' prowess and valour projected through Air Ministry communiques and daily claims 'scores'. The media was a willing partner in portraying their heroism, also later consolidated in wartime publications, films and historiography.

'An immense, highly detailed, and careful work of scholarship full of subtle nuance and considered judgment as well as informative fact. For anyone seriously interested in the nature and content of the propaganda surrounding the Battle of Britain, The Good Fight will prove indispensable reading. - S.P. MacKenzie, British Scholar 'This is a deep, analytical examination of morale maintenance in a beleaguered island.' - Flypast 'This is the most authoritative account of the Battle of Britain that I have ever encountered. It covers the events of the Battle itself and its importance to the course of Word War II, but it also exhaustively analyses the contemporary reaction to the Battle in official and unofficial propaganda, in newspapers, films, radio, painting and literature, and the process of mythification which the Battle underwent. Written in a thoroughly accessible style, the book is a remarkable achievement in its breadth, its depth and its mastery of the large array of disparate sources.' - Jeffrey Richards, Lancaster University, UK 'In the seventy years since it was fought scores of books have been written about the Battle of Britain. It might have seemed impossible to produce, at this late stage, a thoroughly original contribution to the literature, but this is exactly what Garry Campion has achieved...Campion's rigorous and scholarly analysis takes us as close to the truth as we are ever likely to get.' - Paul Addison, Cerecles 'Garry Campion has undoubtedly made a significant and lasting contribution to Battle of Britain historiography. Although the extent to which Britain actually faced invasion during the summer of 1940 is now debated by historians, the fact remains that it was a significant event - one which continues to arouse great interest amongst enthusiasts and academics alike. That being so, this new and comprehensive study of how the conflict, and the RAF aircrew who fought it, was presented in British wartime propaganda is crucial to our wider understanding of the dramatic events concerned. As scholars seek to further contextualise the Battle of Britain, Garry Campion's The Good Fight will become a benchmark in historiography - and an essential point of reference to any student of summer 1940'. - Dilip Sarkar MBE FRHistS BA(Hons), leading authority on the Battle of Britain
Toon meer Toon minder