The Gourmet's Guide to Making Meat Loaves and Hamburger Patties 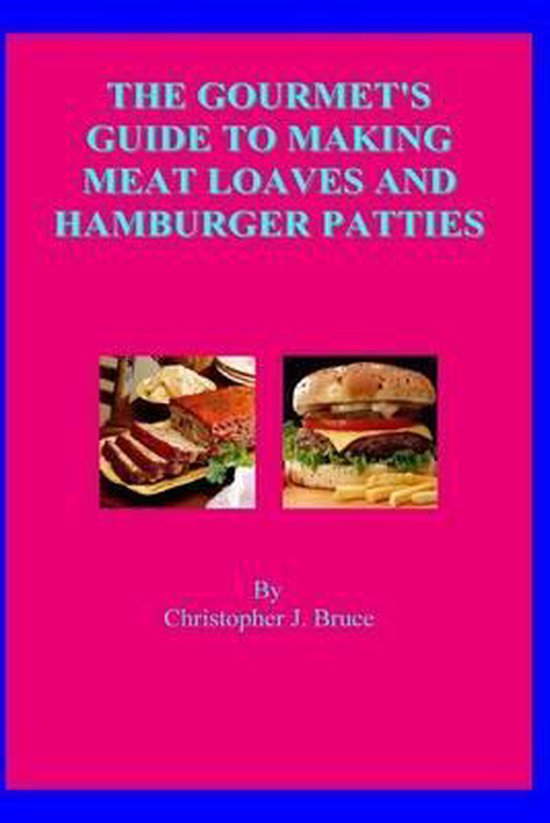 ABOUT MEAT LOAVESMeat loaves have been around for a very long time, probably ever since man discovered how to use wild wheat and corn to make bread, and herbs and spices for meat flavoring and preservation purposes. The making of meat loaves has been developed into what has essentially become an art form practiced by professionals and amateurs alike throughout the world.Making meat loaves at home has distinct advantages – you know what’s in the loaf, it’s made to suit your own palate, it’s economical (unless you add in the cost of your own labor), it’s easy, and it’s fun. Meat loaves are ideal for using up meat leftovers from previous meals and the mixing of various meat leftovers makes for even more interesting meat loaf flavors. There is also nothing more satisfying than sitting down to a meal of aromatic, soft, juicy, meat loaf made by your own hands in your own kitchen. In this book you will find 44 recipes for meat loaves separated into groups for chicken, pork, pork and beef and pork, beef and veal recipes. There are also 9 hamburger patty recipes dealt with under a separate heading. To help identify the recipe you want to use, I have provided a Recipe Index which lists the recipes alphabetically by meat type or mix and by name I hope that you will get as much pleasure out of making meat loaves from the recipes in this collection as I have had collecting them. SOME BURGER HISTORYChopped or minced beef is certainly not a new innovation. It's long been used in savory meat pies dating back to ancient times. Beef tartar, consisting of finely chopped raw steak or high-quality beef mixed with various herbs and spices, dates back to Russian medieval times. The Tartars were known to shred their meat and eat it raw. Today the raw experience is enhanced by the addition of a raw egg placed in an indentation on top of a mound of seasoned raw beef. Take the idea of tartar to the fire, and voila; Hamburgers! Although the term hamburger is derived from the city in Germany, the original Hamburg steak was a piece of meat which was pounded until tender, not chopped or ground. The hamburger shows up in print in 1834 in America on the menu at New York's Delmonico Restaurant, where Hamburg steak was a prominent item.
Toon meer Toon minder