The Granite Mile The Story of Aberdeen's Union Street 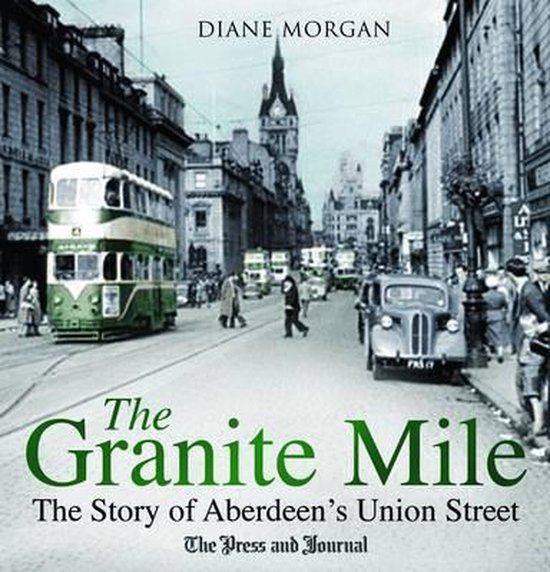 The Granite Mile - The Story of Aberdeen's Union Street with its spectacular illustrations and expert commentary is one of the most important books to come out of Aberdeen. Union Street is rightly acknowledged as one of the finest thoroughfares in Britain and has seen significant change and development through the ages. This is the fascinating story of how it all happened and of the triumphs and disasters along the way.For centuries Aberdeen was a cramped, medieval town but in 1801 the construction of a great viaduct above difficult terrain started the transformation to the elegant modern city we see today. But in the early days, disaster followed disaster. Union Street's granite terraces were built to designs so inflexible and costly that lack of occupancy and consequently of income was one cause of Aberdeen's bankruptcy between 1814 and 1825.Things could only get better, and by the late nineteenth and early twentieth centuries, a handful of soaring edifices reflected the city's new confidence and prosperity. These great favourites (all now gone) - Watt & Grant, Falconers, Esslemont & Mackintosh, Andrew Collie, Gordon & Smith, Mitchell & Muil, Ledingham and Kennaway - had set up shop in Union Street, where you could buy just about anything, from a side of beef to a bicycle. Jimmy Hay was at the Royal Athenaeum, and the irreplaceable New Market straddled Union Street and the Green.Enormous pride in Union Street endured well into the twentieth century but now there is anxious debate over its decline. The story certainly isn't over but The Granite Mile is a compelling account of how this famous thoroughfare came to be as well as a glimpse into the future of this great city.
Toon meer Toon minder