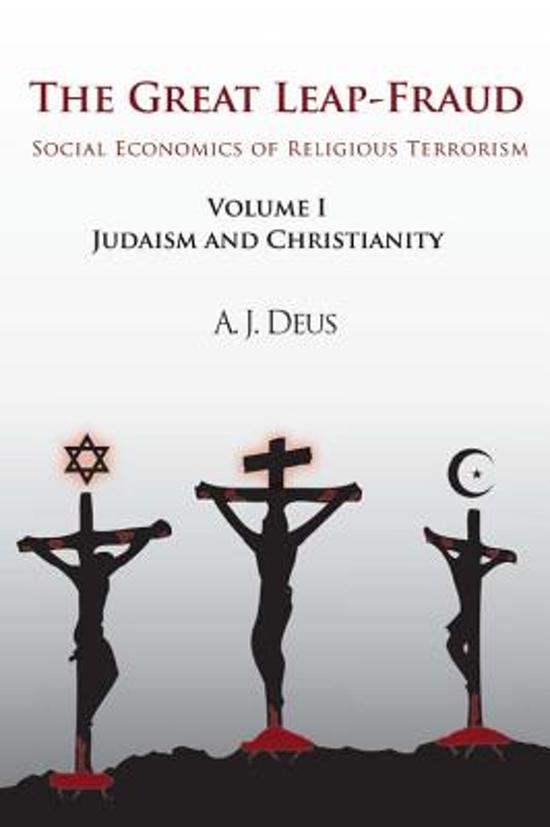 Religious ignorance is as dangerous for societal stability as religious extremism. In The Great Leap-Fraud, author A. J. Deus shows that only through the cowardly behavior of a majority that is uneducated in religious questions can sectarian extremism and terrorism take shape and overtake societies. Modern civilizations fail to address the dangerous defect.


Based on a reassessment of primary documents from the beginning of Judaism through to the Reformation, The Great Leap-Fraud evaluates the Judaic scriptures of the Jews, the Christians, and the Muslims for their potential to stir hatred, violence, and terrorism. It searches for messages in the scriptures that may alter the economic behavior of societies.


While providing an overview of three major religionsJudaism, Christianity, and IslamThe Great Leap-Fraud uncovers a series of frauds and premeditated deployment of prophets with the goal to establish or redeem the Jewish state of Israel. It also uncovers how the vested interest of Christian historians has pushed the rise of Christianity unto Roman Emperors. Deus shows that the way humans think and act are strongly influenced by a culture driven by the norms of religious organizations, both past and present.