The Human Zoo A Zoologist's Study of the Urban Animal 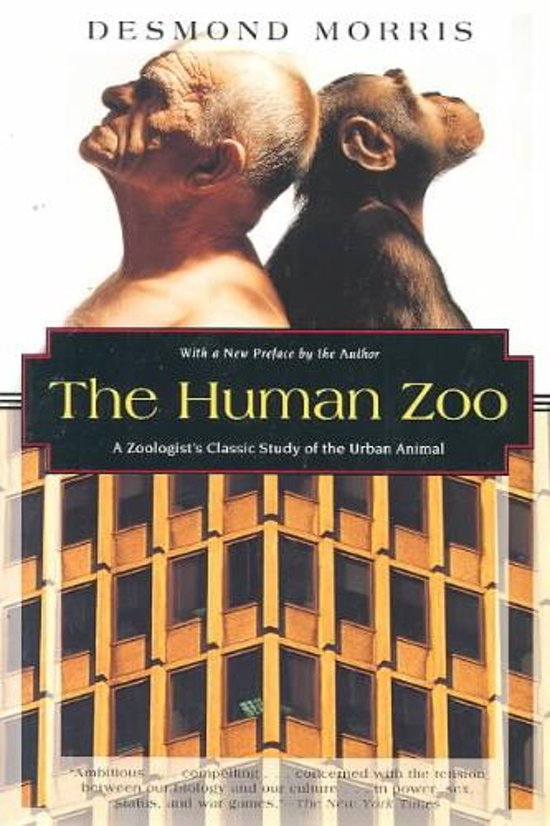 "Desmond John Morris (born 24 January 1928) is an English zoologist, ethologist and surrealist painter, as well as a popular author in human sociobiology. He is known for his 1967 book The Naked Ape, and for his television programmes such as Zoo Time.

How does city life change the way we act? What accounts for the increasing prevalence of violence and anxiety in our world? In this new edition of his controversial 1969 bestseller, THE HUMAN ZOO, renowned zoologist Desmond Morris argues that many of the social instabilities we face are largely a product of the artificial, impersonal confines of our urban surroundings. Indeed, our behavior often startlingly resembles that of captive animals, and our developed and urbane environment seems not so much a concrete jungle as it does a human zoo.Animals do not normally exhibit stress, random violence, and erratic behavior-until they are confined. Similarly, the human propensity toward antisocial and sociopathic behavior is intensified in today's cities. Morris argues that we are biologically still tribal and ill-equipped to thrive in the impersonal urban sprawl. As important and meaningful today as it was a quarter-century ago, THE HUMAN ZOO sounds an urgent warning and provides startling insight into our increasingly complex lives.
Toon meer Toon minder