The Jigsaw and the Fan 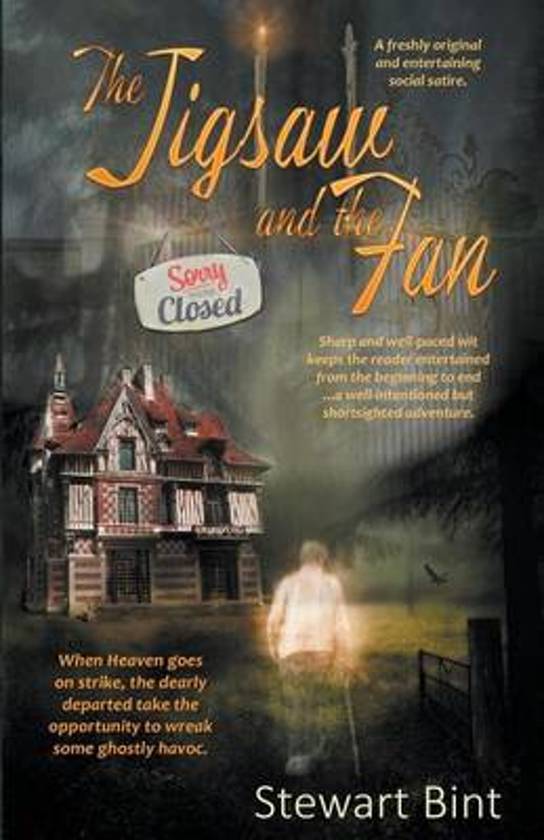 Light-hearted ghost story with constant bites of satire. A strike prevents a dead trades unionist taking his place in the afterlife. He returns to Earth to haunt a stately home, and angry that the wealthy owner makes money from visitors, sets out to frighten them away. A pair of roguish guardian angels look upon the proceedings, but they are more concerned with their own battle of wits raging across eternity than they are with the well-being of their unwitting pawns on Earth.
Excerpts: "Somewhere in the great beyond, at a place far removed from the humble Earth, where the mists of time are perpetually kept at bay, two guardian angels stared into a limpid pool."
"Sunrise, and Albert was outside on the hill where he"d stood 24 hours earlier, when the wondrous powers he had since picked up, were still awaiting his discovery."
"After all, not everyday did pens wave themselves about and find his ears attractive. His wife"s fingers found his ers attractive, but that"s another story."
"Albert smiled to himself and gleeked."
Toon meer Toon minder