The Last Launch Messages in the Bottle 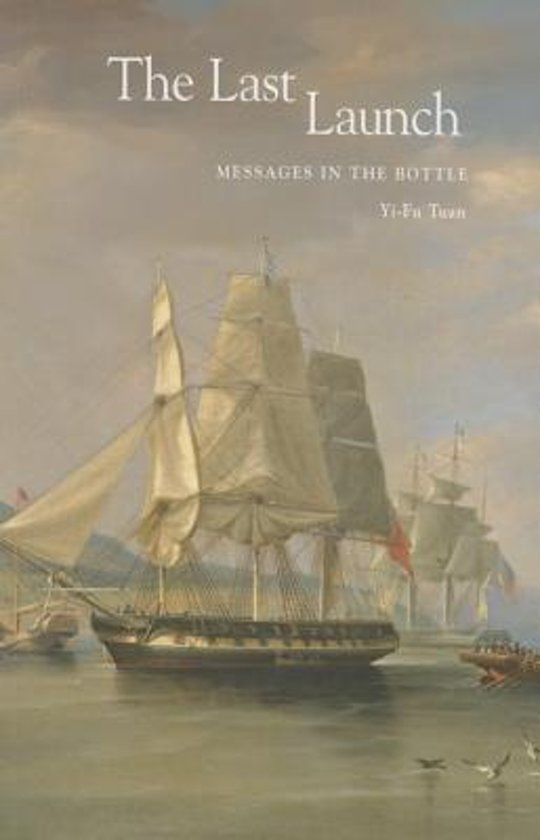 Can Yi-Fu Tuan, one of the world's most decorated geographers, from the aspen glow of retirement and a distinguished career, hold the interest of young readers who themselves are just now embarking on their own sojourns into the larger world? The question is all the more important for Professor Tuan, because the topic of his last book, his 'last launch,' is human life itself---what it means to be human and how we humans can reach our full potential in the brief period we live on Earth. Professor Tuan, like the curious child on a familiar beach, has decided to make his last launch a personal voyage in which he sends messages to the young in a bottle presented as a book. Securely corked, the bottle is cast into the vast sea before finding its resting ground in the hands of a young reader, who discovers the bottle on a foreign shore. Contained within the bottle are sixteen messages never before published. They represent Professor Tuan's last conversation, his last meal, with his readers, young and old. The messages that Professor Tuan has presented involve his final thoughts about childhood and education, about comprehending the relationship between space, place, and time, about understanding social reality and our attitudes toward nature and religion. But, ultimately, The Last Launch is about goodness and the Good, a recurrent theme in the master scholar's work. Although we humans, by nature, are flawed beings, Professor Tuan affirms that we are also the most subtly complex beings in the solar system, if not in the Milky Way. All of us are endowed with keen senses and some with even keener minds that enable us to savor the wonders of this world that is our only home. Moreover, we humans are, by nature, moral beings who find fulfillment and happiness in doing good. Since evil--as the fact of suffering, misfortune, and wrongdoing--does not disdain from inflicting the slightest hurt or harm, we must not miss any opportunity to do good, Professor Tuan urges, however inconsequential the doing may seem at the time. In a final reflection, Professor Tuan offers the following: that, in living a life fully, one senses that we are engaged in something larger than ourselves, that we may well be in a cosmic struggle for life in which there is no trifling player among us. Everyone and everything on Earth counts. Thus, doing good in one's life is the ultimate form of human love and caring. If we do not embrace this truth, is it because we fear the responsibility and accountability of doing good? Such are the questions to be found in Professor Tuan's bottle, to be answered in his last launch. Lucky is the person forever young in spirit who picks up the bottle on the beach and reads and listens to its contents. Distributed for George F. Thompson Publishing.
Toon meer Toon minder

The Last Launch is a treasure trove of personal visions of wisdom and faith that demonstrate the connections we all have with one another. Tuan's concluding section of 'favorites' alone holds abundant gems from a master scholar who now shares, for the last time in an illustrious career, a lifetime of erudition and teaching. Tuan's work welcomes readers to gather their own religious and ethical/philosophical foundations that can serve as building-blocks for their own faith and direction, especially in relation to the communities and larger world in which they live, learn, and grow. By entering Tuan's stories, young readers, especially, are challenged to become more aware of who they are and who they want to become. For more than fifty years and twenty-two books later, Yi-Fu Tuan has been a leading voice in helping us make sense of the world and our place in it. The Last Launch demonstrates that Tuan's insights remain as relevant as ever. Written with the verve and global embrace of personal experience that readers have come to expect from this intellectual maverick, each chapter is a gift and, indeed, like a message in the bottle: pages clipped from the mind of geography's most creative thinker, carefully encased in elegant prose, and then cast away in search of people who are curious and interested in seeing and knowing the world in a detailed, subtle, and wondrous light.
Toon meer Toon minder