The Life, Letters and Labours of Francis Galton Researches of Middle Life 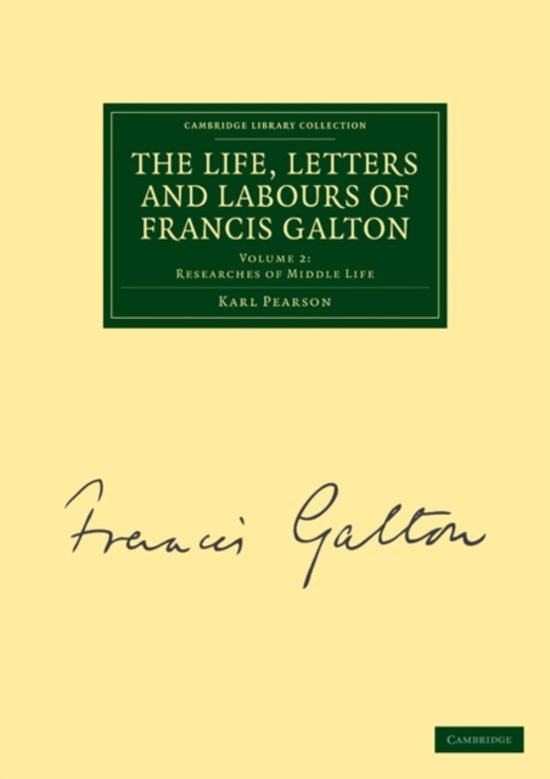 A controversial figure, Sir Francis Galton (1822-1911), biostatistician, human geneticist, eugenicist, and first cousin of Charles Darwin, is famed as the father of eugenics. Believing that selective breeding was the only hope for the human race, Galton undertook many investigations of human abilities and devoted the last few years of his life to promoting eugenics. Although he intended his studies to work positively, for eradicating hereditary diseases, his research had a hugely negative impact on the world which subsequently bestowed on Galton a rather sinister reputation. Written by Galton's colleague, eugenicist and statistician Karl Pearson (1857-1936), this four-volume biography pieces together a fascinating life. First published in 1914, Volume 1 covers the years from Galton's birth in 1822 to his marriage to Louisa Jane Butler in 1853. Pearson himself was later appointed the first Galton professor of eugenics at University College London.
Toon meer Toon minder