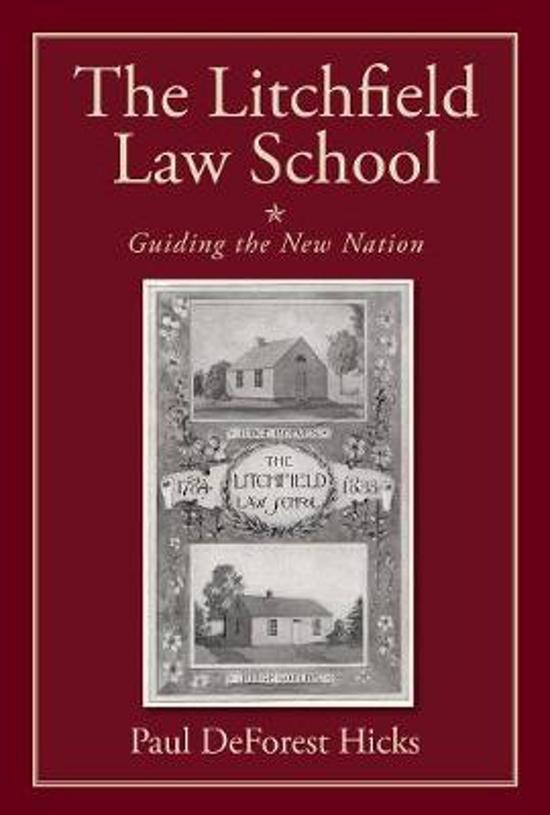 In this well-researched and engaging book, Paul DeForest Hicks makes a convincing case that the Litchfield Law School provided the most innovative and successful legal education program in the country for almost fifty years (1784-1833). A recent history of the Harvard Law School acknowledged, In retrospect, both Harvard and Yale have envied Litchfield's success and wished to claim it as their ancestor. Upwards of twelve hundred bright and ambitious students came from all over the country to study law at Litchfield with Tapping Reeve and James Gould, who took a national rather than state perspective in their lectures on the evolving principles of American common law. In every year from 1791 to 1860, there were law school alumni, including Aaron Burr and John C. Calhoun, who served at high levels in the executive, legislative and judicial branches of the federal and state governments. Hicks gives fascinating details about many who succeeded as lawyers and in public office but also in the fields of business, finance, education, art and the military. Whether they practiced law or pursued other careers, their collective achievements continued to enhance the prestige of the Litchfield Law School long after it closed.
Toon meer Toon minder