The Logical Structure of Mathematical Physics 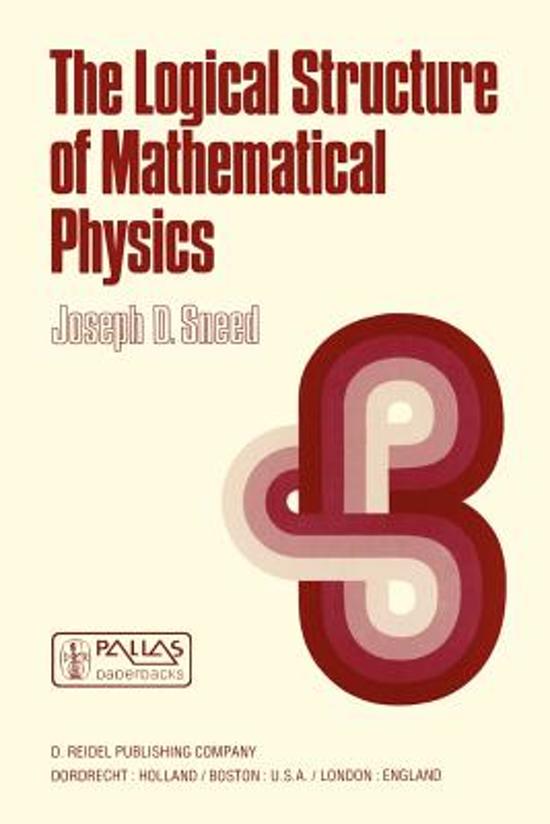 This book is about scientific theories of a particular kind - theories of mathematical physics. Examples of such theories are classical and relativis­ tic particle mechanics, classical electrodynamics, classical thermodynamics, statistical mechanics, hydrodynamics, and quantum mechanics. Roughly, these are theories in which a certain mathematical structure is employed to make statements about some fragment of the world. Most of the book is simply an elaboration of this rough characterization of theories of mathematical physics. It is argued that each theory of mathematical physics has associated with it a certain characteristic mathematical struc­ ture. This structure may be used in a variety of ways to make empirical claims about putative applications of the theory. Typically - though not necessarily - the way this structure is used in making such claims requires that certain elements in the structure play essentially different roles. Some playa ''theoretical'' role; others playa ''non-theoretical'' role. For example, in classical particle mechanics, mass and force playa theoretical role while position plays a non-theoretical role. Some attention is given to showing how this distinction can be drawn and describing precisely the way in which the theoretical and non-theoretical elements function in the claims of the theory. An attempt is made to say, rather precisely, what a theory of mathematical physics is and how you tell one such theory from anothe- what the identity conditions for these theories are.