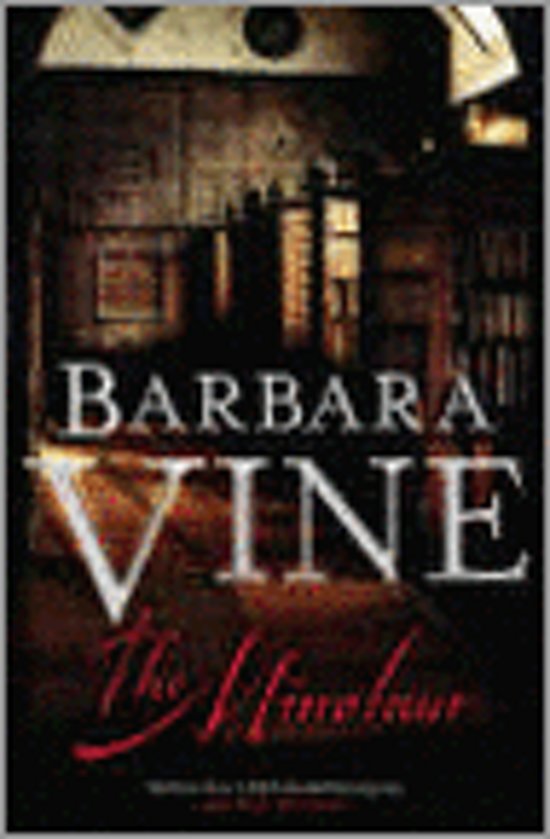 Barbara Vine is the pseudonym of Ruth Rendell. Considered by many to be Britain's greatest living crime writer, Rendell was awarded the Crime Writers' Association Diamond Dagger for a lifetime's achievement in crime writing in 1991, which sits nicely next to her four Gold Daggers and one Silver Dagger, and her three Edgar Allen Poe Awards from the Mystery Writers of America, including a Grandmaster Award from the aforementioned MWA.
Alles van Barbara Vine
Toon meer Toon minder

Kerstin Kvist didn't quite know what to expect when she took up a job with the Cosway family at their odd, almost grand home, Lydstep Old Hall, deep in the Essex countryside. The family turned out to be even odder than the house: the widowed Mrs Cosway lived with her three unmarried daughters, in thrall to the old lady. A mysterious fourth daughter - a widow herself and apparently quite rich - came and went, with ill-disguised contempt for the others. More puzzling still was Mrs Cosway's son, John, a sad, self-absorbed figure in his thirties who haunted the house. There's madness in the family' offered one of the daughters by way of explanation, but Kerstin had trained as a nurse and knew it wasn't right to be administering such powerful drugs to a vulnerable figure like John. Barbara Vine's new book, her twelfth, is compelling in its depiction of the sex, lies and secrets within an apparently respectable family, at a time when the sixties revolution hadn't quite reached rural England.
Toon meer Toon minder

'The reader is kept in suspense throughout... vintage wine from the Rendell vine' Independent 'The Cosway family is a mesmerizing creation... I rushed through the last pages' - Penelope Lively, Sunday Times 'Stealthy, credible, ingenious and addictive' Literary Review