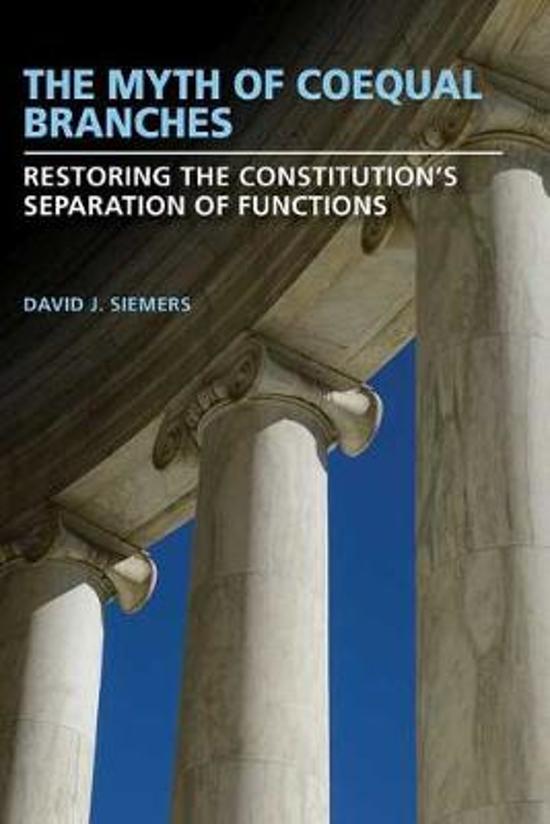 The idea that the three branches of U.S. government are equal in power is taught in classrooms, proclaimed by politicians, and referenced in the media. But, as David Siemers shows, that idea is a myth, neither intended by the Founders nor true in practice. Siemers explains how adherence to this myth normalizes a politics of gridlock, in which the action of any branch can be checked by the reaction of any other. The Founders, however, envisioned a separation of functions rather than a separation of powers. Siemers argues that this view needs to replace our current view, so that the goals set out in the Constitution's Preamble may be better achieved.

This book takes on a ubiquitous topic in original and useful ways. It ought to have a substantial impact on how we think about the separation of powers in the United States and lead us to better appreciate how our constitutional scheme does and should work. - Keith Whittington, author of Constitutional Construction The functional notion of the separation of powers has never been developed fully and clearly in one book. The fact that Siemers mixes this with an outstanding assessment of the contemporary consequences of our misguided notions of the separation of powers makes this book even more exciting. - Benjamin Kleinerman, author of The Discretionary President