The New American Militarism How Americans are Seduced by War 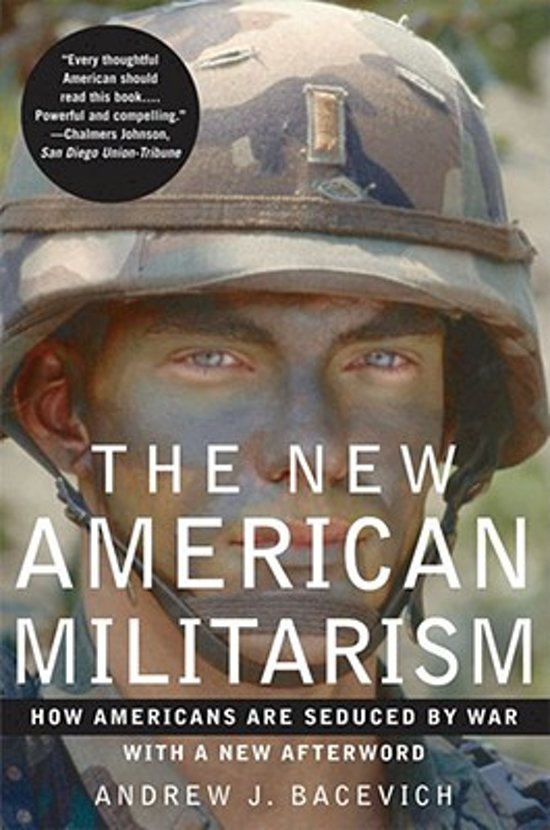 "In this provocative new book, Andrew Bacevich warns of a dangerous dual obsession that has taken hold of Americans, conservatives and liberals alike. It is a marriage of militarism and utopian ideology--of unprecedented military might wed to a blind faith in the universality of American values. This perilous union, Bacevich argues, commits Americans to a futile enterprise, turning the US into a crusader state with a self-proclaimed mission of driving history to its final destination: the world-wide embrace of the American way of life. This mindset invites endless war and the ever-deepening militarization of US policy. It promises not to perfect but to pervert American ideals and to accelerate the hollowing out of American democracy. As it alienates others, it will leave the United States increasingly isolated. It will end in bankruptcy, moral as well as economic, and in abject failure. The New American Militarism examines the origins and implications of this misguided enterprise. The author shows how American militarism emerged as a reaction to the Vietnam War. Various groups in American society--soldiers, politicians on the make, intellectuals, strategists, Christian evangelicals, even purveyors of pop culture--came to see the revival of military power and the celebration of military values as the antidote to all the ills besetting the country as a consequence of Vietnam and the 1960s. The upshot, acutely evident in the aftermath of 9/11, has been a revival of vast ambitions and certainty, this time married to a pronounced affinity for the sword. Bacevich urges us to restore a sense of realism and a sense of proportion to US policy. He proposes, in short, to bring American purposes and American methods--especially with regard to the role of the military--back into harmony with the nation""s founding ideals."
Toon meer Toon minder

Originele Titel
The New American Militarism: How Americans Are Seduced by War