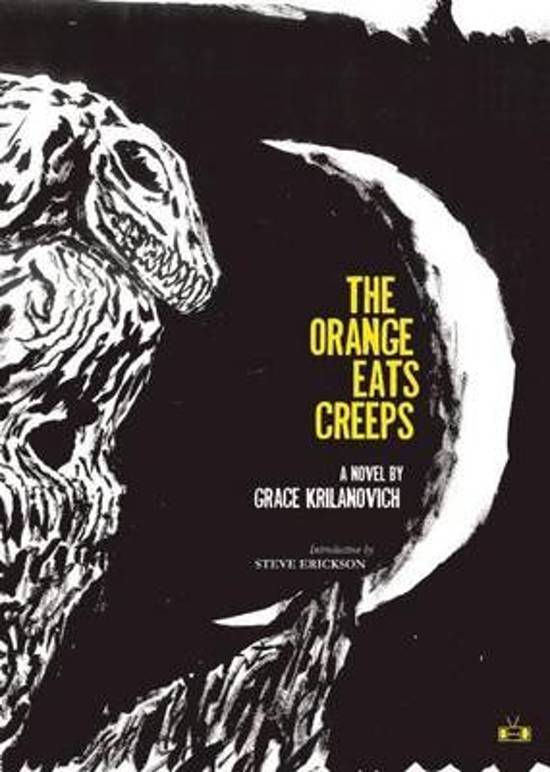 ''The exhilaration of such a novel is nearly beyond calculation. If a new literature is at hand then it might as well begin here.''
Steve Erickson, from his Introduction

''The book feels written in a fever; it is breathless, scary and like nothing I've ever read before. Krilanovich's work will make you believe that new ways of storytelling are still emerging from the margins.''
NPR.org

''Grace Krilanovich's first book is a steamy cesspool of language that stews psychoneurosis and viscera into a horrific new organism  the sort of muck in which Burroughs, Bataille, and Kathy Acker loved to writhe.''
The Believer


It's the '90s Pacific Northwest refracted through a dark mirror, where meth and madness hash it out in the woods. . . . A band of hobo vampire junkies roam the blighted landscapetrashing supermarket breakrooms, praying to the altar of Poison Idea and GG Allin at basement rock shows, crashing senior center pancake breakfastslocked in the thrall of Robitussin trips and their own wild dreams.

A girl with drug-induced ESP and an eerie connection to Patty Reed (a young member of the Donner Party who credited her survival to her relationship with a hidden wooden doll), searches for her disappeared foster sister along ''The Highway That Eats People,'' stalked by a conflation of Twin Peaks' ''Bob'' and the Green River Killer, known as Dactyl.

With a scathing voice and penetrating delivery, Grace Krilanovich's The Orange Eats Creeps is one of the most ferocious debut novels in memory.

Grace Krilanovich has been a MacDowell colony fellow and a finalist for the Starcherone Prize.