The Politics of Disgust The Public Identity of the Welfare Queen 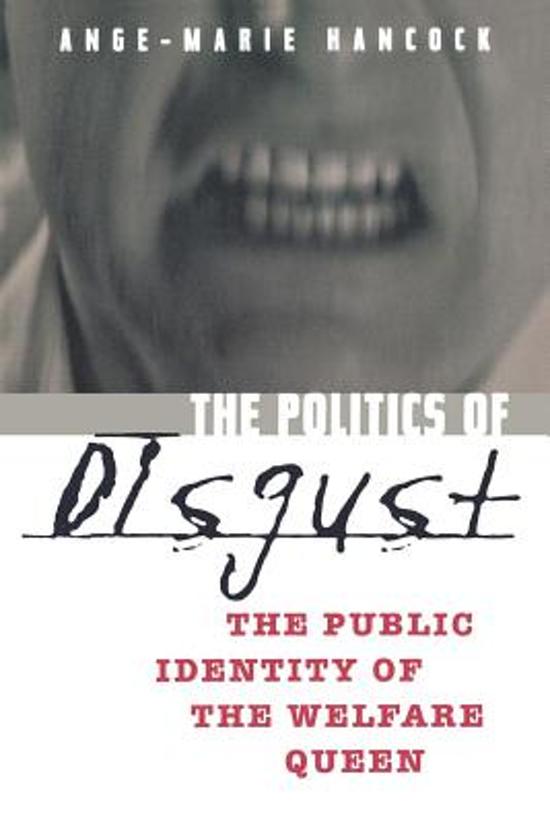 Winner of the 2006 Race, Ethnicity, and Politics Organized Section Best First Book Award from the American Political Science Association Winner of the 2006 W.E.B. DuBois Book Award from the National Conference of Black Political Scientists Ange-Marie Hancock argues that longstanding beliefs about poor African American mothers were the foundation for the contentious 1996 welfare reform debate that effectively ended welfare as we know it. By examining the public identity of the so-called welfare queen and its role in hindering democratic deliberation, The Politics of Disgust shows how stereotypes and politically motivated misperceptions about race, class and gender were effectively used to instigate a politics of disgust. The ongoing role of the politics of disgust in welfare policy is revealed here by using content analyses of the news media, the 1996 congressional floor debates, historical evidence and interviews with welfare recipients themselves. Hancock's incisive analysis is both compelling and disturbing, suggesting the great limits of today's democracy in guaranteeing not just fair and equitable policy outcomes, but even a fair chance for marginalized citizens to participate in the process.
Toon meer Toon minder

An important contribution to our understanding. -Perspectives on Politics [An] excellent and outstanding book; Ange-Marie Hancock has established herself without doubt as a rising star in political science. -Gerald Horne,author of Race War! White Supremacy and the Japanese Attack on the British Empire For those concerned about inequality and democratic theory in America, Hancock's introduction alone, in which she frames the characteristics of politics of disgust, makes the book worthwhile. -Perspectives on Politics [A] challenging and disturbing account of the impact of stereotypes in politics. Anyone interested in the means by which the poor, the unpopular, and the alienated are kept from participating in politics to demand better treatment should read this book. -Frank R. Baumgartner,coauthor of Agendas and Instability in American Politics Brilliantly conceived and executed...[A] stunning work of public policy that, if embraced, could radically change 'welfare'--and America--as we know it. -Robin D. G. Kelley,author of Freedom Dreams: The Black Radical Imagination The Politics of Disgust is a very thoughtful, theoretically sophisticated, empirically rich analysis of the discourse of welfare reform. -Political Science Quarterly
Toon meer Toon minder