The Present State of Popery in England Discovering, a New Ecclesiastical Jurisdiction Exercis'd by Apostolical Vicars, in a Letter from ******** to a Cardinal at Rome, Dated Jan 1 1733 to Which Is Prefix'd, an Introduction by Theeditor 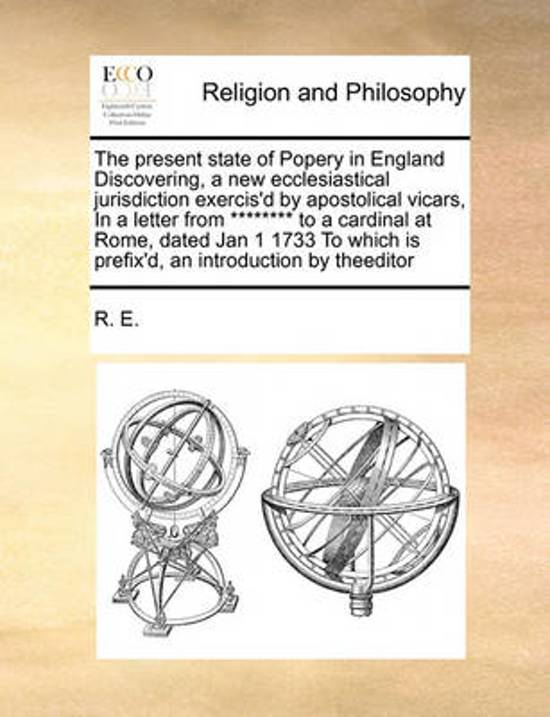