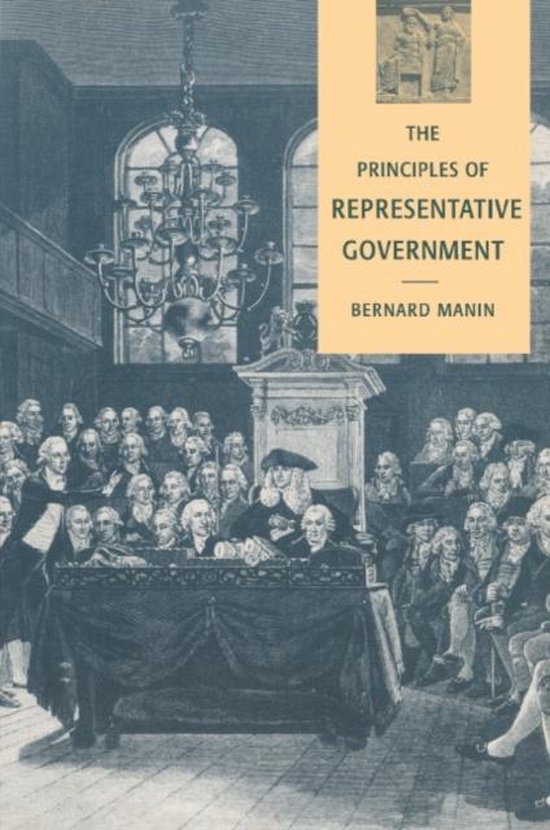 The thesis of this original and provocative book is that representative government should be understood as a combination of democratic and undemocratic, aristocratic elements. Professor Manin challenges the conventional view that representative democracy is no more than an indirect form of government by the people, in which citizens elect representatives only because they cannot assemble and govern in person. The argument is developed by examining the historical moments when the present institutional arrangements were chosen from among the then available alternatives. Professor Manin reminds us that while today representative institutions and democracy appear as virtually indistinguishable, when representative government was first established in Europe and America, it was designed in opposition to democracy proper. Drawing on the procedures used in earlier republican systems, from classical Athens to Renaissance Florence, in order to highlight the alternatives that were forsaken, Manin brings to the fore the generally overlooked results of representative mechanisms. These include the elitist aspect of elections and the non-binding character of campaign promises.
Toon meer Toon minder