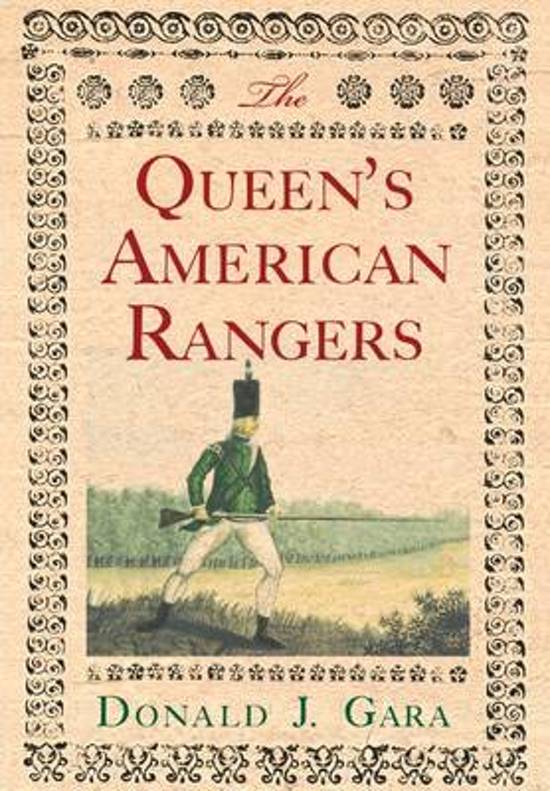 At the start of the American Revolution in 1775, Robert Rogers of French and Indian War fame quickly organized a regiment to fight the war-but not on the side of his native Massachusetts. Named in honor of Queen Charlotte, Roger's regiment recruited Loyalists from New York, western Connecticut, and parts of Virginia. Rogers's command of the unit was short-lived however, and after a humiliating defeat in 1776, and under new leadership, the unit played a decisive role at the battle of Brandywine that brought them their first favorable attention from the British high command. With this performance, and under the able leadership of John Simcoe, the Queen's American Rangers- sometimes known as Simcoe's Rangers -were frequently assigned to serve alongside British regular troops in many battles, including Monmouth, Springfield, Charleston, and Yorktown.Receiving frequent high praise from Lieutenant General Sir Henry Clinton, the Commander in Chief of the British Army in America, the unit was placed on the American Establishment of the British Army in May 1779, a status conferred on provincial units that had performed valuable services during the war, and was renamed the 1st American Regiment. Before the end of the war, the rangers were fully incorporated into the regular British Army, one of only two Loyalist units to be so honored. The Queen's American Rangers by historian Donald J. Gara is the first book-length account of this storied unit. Based on extensive primary source research, the book traces the complete movements, command changes, and battle performances of the rangers, from their first muster to their formal incorporation into the British Army and ultimate emigration to Canada on land grants conferred by a grateful British crown
Toon meer Toon minder