The Representation of Meaning in Memory (PLE Memory) 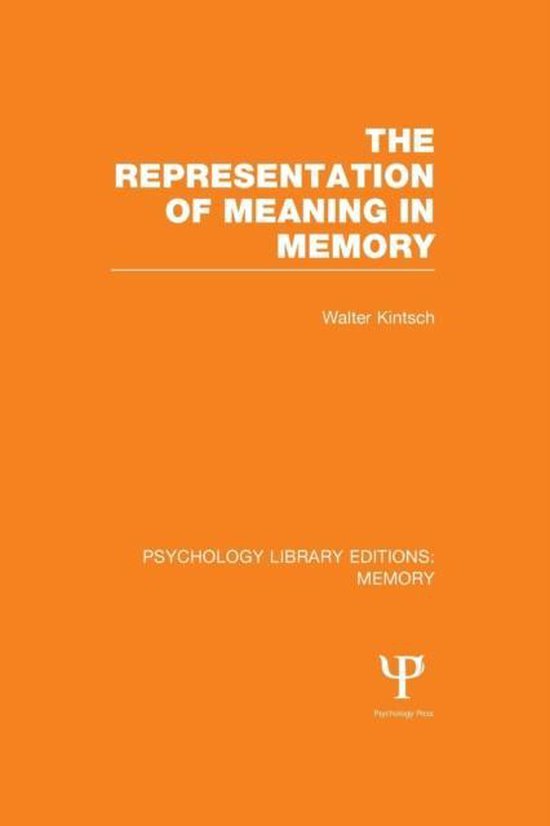 Originally published in 1974, this volume presents empirical and theoretical investigations of the role of meaning in psychological processes. A theory is proposed for the representation of the meaning of texts, employing ordered lists of propositions. The author explores the adequacy of this representation, with respect to the demands made upon such formulations by logicians and linguists. A sufficiently large number of problems are encompassed by the propositional theory to justify its use in psychological research into memory and language comprehension. A number of different experiments are reported on a wide variety of topics, and these test central portions of this theory, and any that purports to deal with how humans represent meaning. Among the topics discussed are the role of lexical decomposition in comprehension and memory, propositions as the units of recall, and the effects of the number of propositions in a text base upon reading rate and recall. New problems are explored, such as inferential processes during reading, differences in levels of memory for text, and retrieval speed for textual information. On the other hand, a study of retrieval from semantic memory focusses on a problem of much current research. The final review chapter relates the present work to other current research in the area at the time.
Toon meer Toon minder