The Rover Boys in the Mountains Or, a Hunt for Fun and Fortune 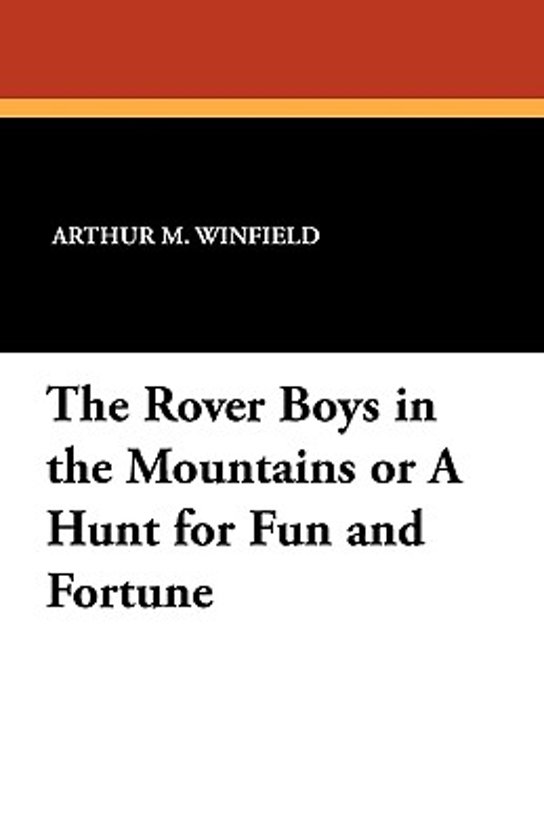 My dear boys: "The Rover Boys in the Mountains" is a complete story in itself, but forms the sixth volume of the "Rover Boys Series for Young Americans." This series of books for wide-awake American lads was begun several years ago with the publication of "The Rover Boys at School." At that time the author had in mind to write not more than three volumes, relating the adventures of Dick, Tom, and Sam Rover at Putnam Hall, "On the Ocean," and "In the Jungle," but the publication of these books imme-diately called for a fourth, "The Rover Boys Out West," and then a fifth, "The Rover Boys on the Great Lakes." Still my young friends did not appear to be satisfied, and so I now present to them this sixth volume, which relates the stirring adventures of the three Rover boys in the Adirondacks, whither they had gone to solve the mystery of a certain brass-lined money casket found by them on an island in Lake Huron. In writing this volume I have had a double purpose in view; not only to pen a tale which might prove pleasing to all boys, but one which might likewise give them a fair idea of the wonderful resources and natural beauty of this section of the United States. Ours is a wonderful country, and none of us can learn too much concerning it.
Toon meer Toon minder

Originele Titel
The Rover Boys in the Mountains