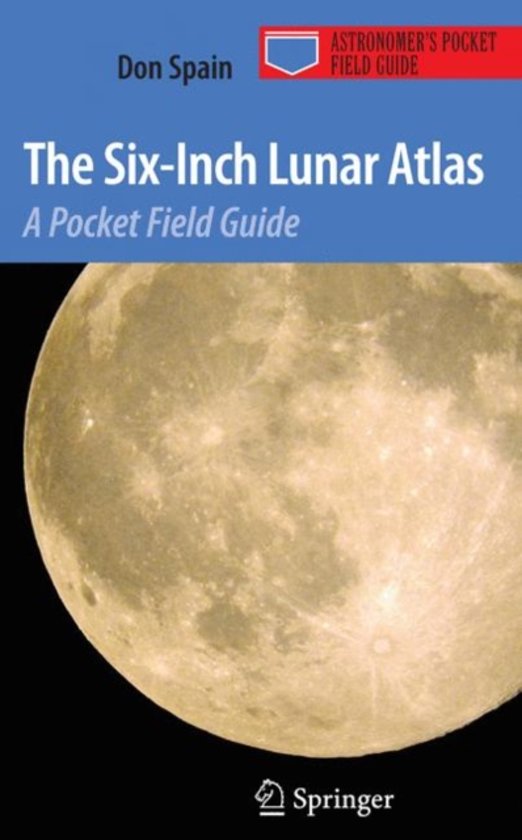 Here is a lunar atlas designed specifically for use in the field by lunar observers. Its title – The Six-inch Lunar Atlas – refers both to the aperture of the telescope used to make the images in the book, and also to the book's physical size: so it's perfect for fitting into an observer's pocket!


The author's own lunar photographs were taken with a 6-inch (150mm) telescope and CCD camera, and closely match the visual appearance of the Moon when viewed through a modest (3-inch to 8-inch) telescope. (Depending on seeing, of course.) Each picture is shown oriented ''as the Moon really is'' when viewed from the northern hemisphere, and is supplemented by exquisite computer sketches that list the main features. Two separate computer sketches are provided to go with each photograph, one oriented to appear as seen through an SCT telescope (e.g. the Meade and Celestron ranges), the other oriented for Newtonian and refracting telescopes. It is worth commenting that most observers find it extremely difficult to identify lunar features when using a conventional atlas and SCT telescope – the human brain is very poor at making ''mirror-image'' visual translations.


There is a page of descriptions for the salient features in each photograph.
Toon meer Toon minder

From the reviews: This volume is designed as an easy reference companion for the amateur telescopic observer who does not want the inconvenience of using large-scale (and expensive) lunar atlases in dark and damp conditions. It provides finder charts for some sixty popular lunar formations, as well as a more detailed photographic chart for each of those features alongside a short descriptive text. ... it is engagingly written by an observer who combines experience of telescopic observation with an infectious enthusiasm for his subject. (Bill Leatherbarrow, The Observatory, Vol. 130 (1214), June, 2010) It will be of use to the beginning or casual observer of the Moon... anyone who wishes to locate the major features on the Moon and to acquire a little knowledge about these formations'. Don Spain is a member of the Louisville Astronomical Society whose first view of the Moon through a telescope in 1958 prompted, in his words, a lifelong love affair with Selene'. The purpose of the atlas is to provide an easily accessible guide for use at the telescope'. (Nigel Longshaw, Journal of the British Astronomical Association, Vol. 120 (1), 2010)
Toon meer Toon minder