The Smallpox Vaccination Program Public Health in an Age of Terrorism 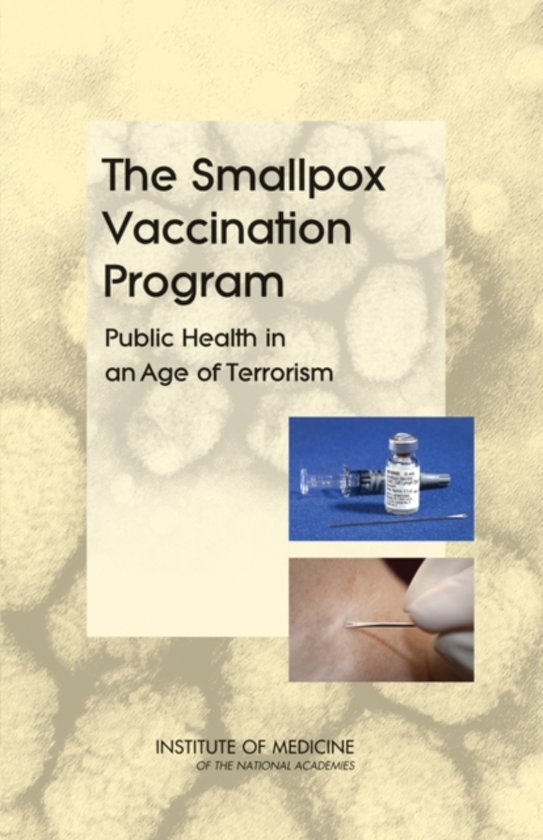 December 13, 2002, the president of the United States announced that smallpox vaccination would be offered to some categories of civilians and administered to members of the military and government representatives in high-risk areas of the world. The events that precipitated that historic announcement included a series of terrorist attacks during the 1990s, which culminated in the catastrophic events of 2001. Although preparedness for deliberate attacks with biologic weapons was already the subject of much public health planning, meetings, and publications as the twentieth century neared its end, the events of 2001 led to a steep rise in bioterrorism-related government policies and funding, and in state and local preparedness activities, for example, in public health, health care, and the emergency response and public safety communities. The national smallpox vaccination program is but one of many efforts to improve readiness to respond to deliberate releases of biologic agents. The Institute of Medicine (IOM) Committee on Smallpox Vaccination Program Implementation was convened in October 2002 at the request of the Centers for Disease Control and Prevention (CDC), the federal agency charged with implementing the government's policy of providing smallpox vaccine first to public health and health care workers on response teams, then to all interested health care workers and other first responders, and finally to members of the general public who might insist on receiving the vaccine. The committee was charged with providing advice to the CDC and the program investigators on selected aspects of the smallpox program implementation and evaluation. The committee met six times over 19 months and wrote a series of brief letter reports. The Smallpox Vaccination Program: Public Health in an Age of Terrorism constitutes the committee's seventh and final report, and the committee hopes that it will fulfill three purposes: 1) To serve as an archival document that brings together the six reports addressed to Julie Gerberding, director of CDC, and previously released on line and as short, unbound papers; 2) To serve as a historical document that summarizes milestones in the smallpox vaccination program, and; 3) To comment on the achievement of overall goals of the smallpox vaccination program (in accordance with the last item in the charge), including lessons learned from the program.
Toon meer Toon minder

Originele Titel
The Smallpox Vaccination Program: Public Health in an Age of Terrorism