The Song of Orpheus The Greatest Greek Myths You Never Heard 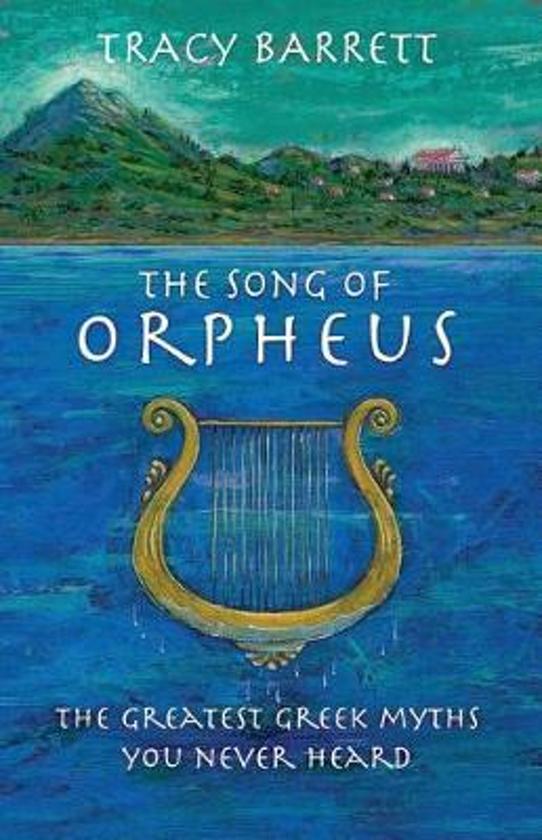 THE SONG OF ORPHEUS: THE GREATEST GREEK MYTHS YOU NEVER HEARD is a funny, adventure-filled collection of wonderfully weird ''new'' Greek myths. This unforgettable collection spins tales of love and loss, hilariously vain superheroes, ancient robots, untrappable giant foxes, men reborn after being torn apart by dragons, and even the world's first monkeys. A few of these tales may seem familiar at first, but be prepared for the unexpected. Others are wonderfully strange and puzzling. All of them are entertaining. All of them deserve to be better known. Retold by author and scholar Tracy Barrett (THE SHERLOCK FILES, ANNA OF BYZANTIUM, THE STEPSISTER'S TALE) with accuracy, suspense, and humor, using authoritative translations into English of ancient source material, the myths in THE SONG OF ORPHEUS will make readers, and especially fans of THE HEROES OF OLYMPUS series, laugh, gasp, and geek out. PRAISE FOR TRACY BARRETT'S WORK:For KING OF ITHAKA:A rousing introduction to epic characters and mythic creatures of ancient Greece (Kirkus)Teens will devour the gritty action, savoring the epic characters and mythic creatures. (SLJ Library Connections)Like the bards of old, Barrett has written a fresh version of an old tale, one that will completely engage a new audience of young readers. (The Examined Life)For DARK OF THE MOON:A world and story both excitingly alien and pleasingly familiar. (Kirkus, Starred review)Fans of Greek mythology should appreciate this edgier twist on one of its most familiar tales.(Publishers Weekly)
Toon meer Toon minder