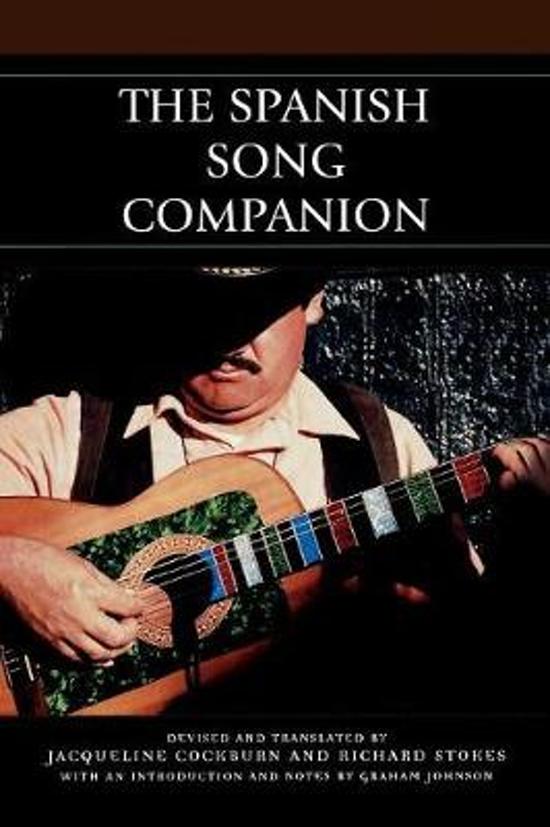 This book, the first of its kind to be published in English, introduces the reader to the rich heritage of Spanish song. Here in one volume are the texts of over 300 songs with parallel translations in accurate and readable English. The majority are love poems, which form a fascinating anthology of Spanish poetry from the thirteenth to the twentieth century. The introduction by Graham Johnson, who in recent years has done more than anyone to kindle interest in the international song repertoire, traces the history of Spanish song from its beginnings, via the period of the Catholic kings in the fifteenth century, the Golden Age of the sixteenth, through to the remarkable rebirth in the twentieth century.

All the songs and cycles frequently heard in recital are gathered here: Albeniz, Falla, Granados, Rodrigo and Obradors are generously represented, as well as Catalan composers such as Montsalvatge and Mompou. The volume is arranged chronologically by composer, and includes notes on all the major poets and composers, a discography, and names and addresses of the music publishers.The Spanish Song Companion is a much-needed volume and will be welcomed by singers, students of Spanish literature, concert-goers and record-collectors throughout the English-speaking world.
Toon meer Toon minder

This is a highly useful practical tool, especially for the singer. * Classical Music * For singers, students of Spanish literature, and music lovers, this is a reprint of a 1992 work by Cockburn (history of art, Westminster School and U. of London, UK) and Stokes (an author of books on Bach, lieder, and French songs). It consists of the texts of about 300 songs from the 13th to the 20th century, along with translations and information on composers and poets. Songs are organized chronologically-from monody and polyphony to solo songs and songs in the theater-and then by composer, such as Albeniz, Granados, de Falla, Turina, and Rodrigo. The book includes historical information on styles and composers, explanations of unfamiliar Spanish words or concepts, and a selected discography. Indexes are by composer, poet and translator, and first line and title. The introduction is by accompanist Graham Johnson. * Reference and Research Book News, August 2006 *
Toon meer Toon minder