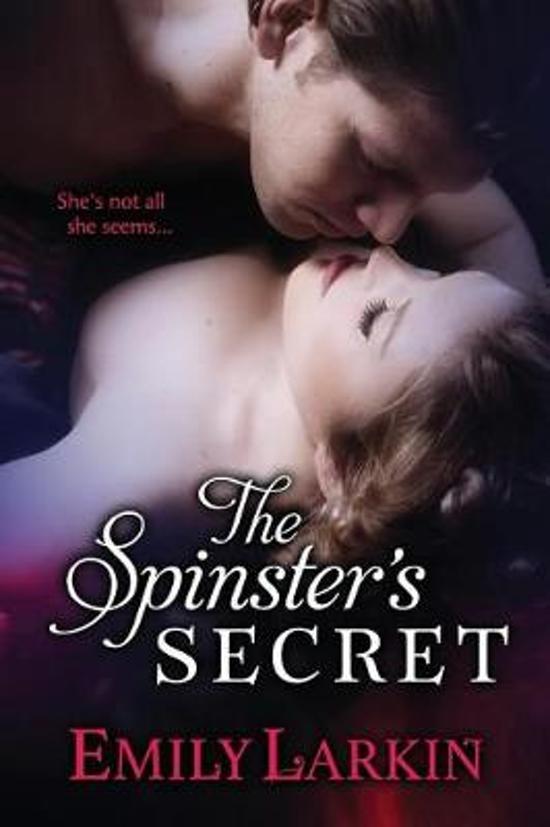 This spinster is more than she seems . . .


Matilda Chapple is penniless, orphaned, and dependent on her uncle's grim charity—but she's finally found a way to escape: she'll *write *her way to financial freedom.


When Mattie pens a series of titillating short stories, she starts earning money . . . and notoriety. Her secret is safe—until Waterloo veteran, Edward Kane, agrees to uncover the anonymous author's identity.


Can Mattie conceal the secret of her scandalous writings, or will Edward discover that the virginal spinster and the risqué authoress are one and the same person?


A Regency romance with a battle-scarred hero, an enterprising heroine, some provocative tales, and a darkly gothic backdrop.


"I can't say enough about The Spinster's Secret. This book straight up touched my heart. It's been a while since I laughed, cried, despaired, and felt one with a character to this extent."


**The Spinster's Secret is the second book in the Midnight Quill Trio, but may be read as a standalone.**


By gothic, I mean that the setting is gothic: an isolated and gloomy manor with dark, drafty corridors and a miserly uncle. There are nightly readings of "improving texts' and some of the worst food in England!


**Your hero and heroine are a little unusual. Tell us a bit about them. **


The heroine, Mattie, is six foot tall—which is a little taller than your average heroine! Edward, the hero, is even taller, and badly scarred from injuries he received at Waterloo. And when I say badly scarred, I mean *really *badly scarred.


I read two "titillating' novels of the era, Fanny Hill and The Lustful Turk, which were quite ludicrous. The stories Mattie writes are just as silly!


**How would you describe your writing? **


Several reviewers have likened my writing to Georgette Heyer, which is the hugest compliment ever. I adore Georgette Heyer! She's why I write historical romance, and I reread her books over and over. (If you've not read The Grand Sophy, please do so!) I've also had readers compare my writing to Courtney Milan and Mary Balogh, which are also massive compliments.


This book would appeal to readers who like the historical backdrop and understated humor of Georgette Heyer and Jane Austen, the dark and sensual "noir' feel of Anna Campbell, and the emotion of Mary Balogh or Courtney Milan.


Have you written any other Regency romances?


Quite a few! In fact I've just started a new Regency romance series, the Baleful Godmother series. The first novel is available for free to anyone who joins my readers' group. Go to emilylarkin.com and sign up for my newsletter to claim your free copy.