The Theory of Ecological Communities (MPB-57) 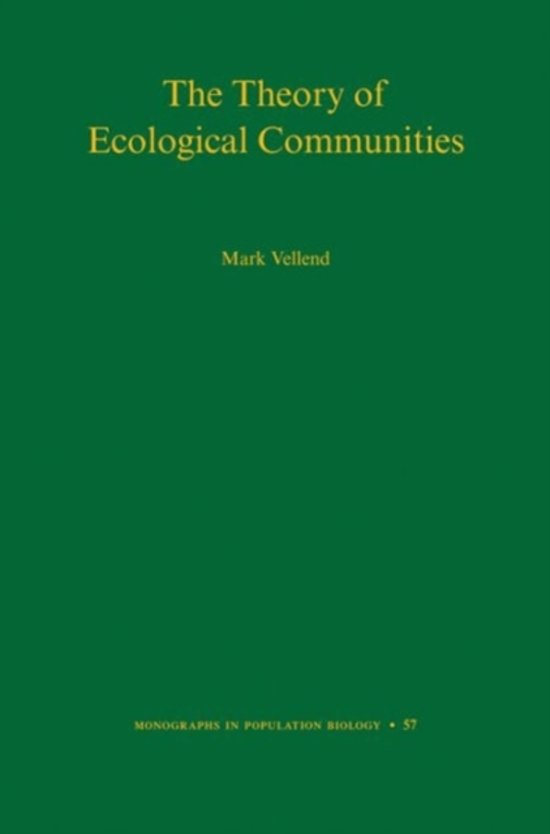 A plethora of different theories, models, and concepts make up the field of community ecology. Amid this vast body of work, is it possible to build one general theory of ecological communities? What other scientific areas might serve as a guiding framework? As it turns out, the core focus of community ecology--understanding patterns of diversity and composition of biological variants across space and time--is shared by evolutionary biology and its very coherent conceptual framework, population genetics theory. The Theory of Ecological Communities takes this as a starting point to pull together community ecology's various perspectives into a more unified whole. Mark Vellend builds a theory of ecological communities based on four overarching processes: selection among species, drift, dispersal, and speciation. These are analogues of the four central processes in population genetics theory--selection within species, drift, gene flow, and mutation--and together they subsume almost all of the many dozens of more specific models built to describe the dynamics of communities of interacting species. The result is a theory that allows the effects of many low-level processes, such as competition, facilitation, predation, disturbance, stress, succession, colonization, and local extinction to be understood as the underpinnings of high-level processes with widely applicable consequences for ecological communities. Reframing the numerous existing ideas in community ecology, The Theory of Ecological Communities provides a new way for thinking about biological composition and diversity.
Toon meer Toon minder

In 1986, Thomas W. Schoener wrote a thought-provoking book chapter describing ecological communities along five organismal and five environmental axes. It was thought-provoking in the sense that Schoener attempted to unify community ecology using a minimal set of variables at a time when ecologists were doubtful of any unifying principle in community ecology. After three decades of Schoener's chapter, community ecologists are still divided about whether there could be a general theory of community... Mark Vellend elegantly attempts to bridge this divide by introducing the theory of high-level processes in ecological communities in his Princeton Population Monograph entitled The Theory of Ecological Communities. --Madhav P. Thakur, Trends in Ecology and Evolution Vellend (biology, Univ. de Sherbrooke, Canada) provides a useful historical account of the wide variety of methods used in the field to lay the foundation for his proposed resolution of the resulting 'mess.' The book is well written, profusely referenced, and a worthy addition to the distinguished 'Monographs in Population Biology' series from Princeton University Press. --Choice
Toon meer Toon minder