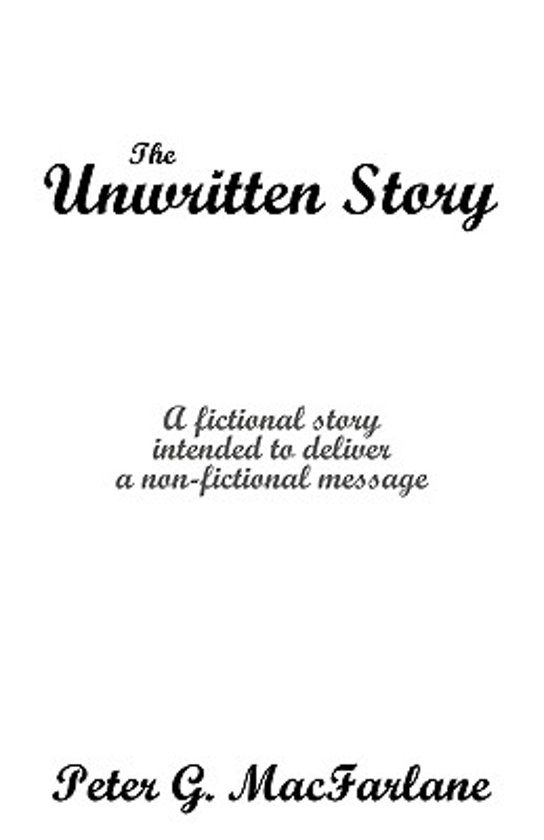 The Unwritten Story is a fictional novel, but it is also intended to redefine the word fiction. What is real, and what is unreal? There must be a fine line between the two, but where is it drawn? Is it possible for our dreams to become reality, or for our reality to become a dream? These are the basic questions that are raised in this book, and offered to the reader is a very logical answer indeed.

The story itself is told from the perspective of a man who has just surpassed death, and who is then given the opportunity to review his life. During this life review, the man (Mike Love) finds that there were things that he should have done differently. He had been told that his death would not be real, but he was reluctant to believe it.

His time had been squandered on things that did not matter, and he did not see what was true in his life. Of course, no story would be complete without a second chance, and this is what he ultimately recieves. He is given the chance to make things right again, and to end a vicious cycle of horrid dreams.
Toon meer Toon minder