The Wicked Ways of Alexander Kidd Number 2 in series 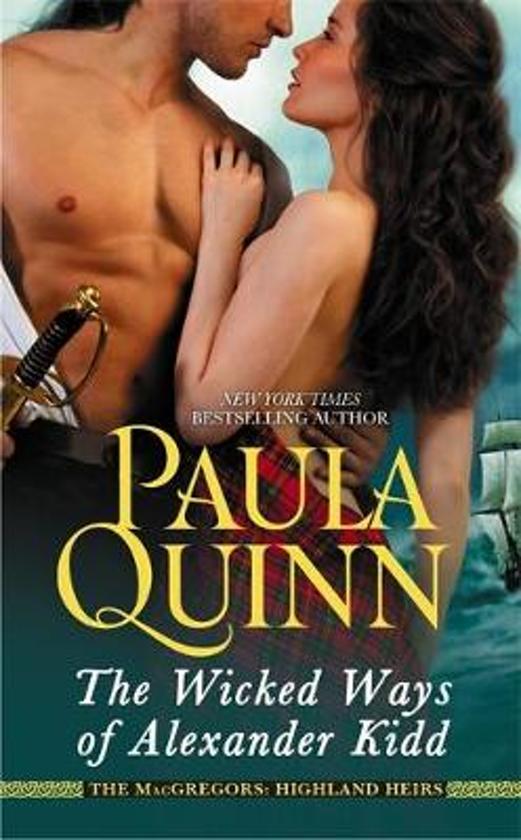 AN INNOCENT STOWAWAY As the sheltered niece of a Highland chief, Caitrina Grant longs for adventure beyond the lush hills of Scotland. So when a pirate ship glides into the loch, tempting her with promises of exotic lands and hidden treasures, Trina sneaks aboard. But she is unprepared for the consequences-and the seductive captain who demands the ultimate price for her deception . . . A SINFUL PIRATE For Alexander Kidd, the sea is no place for a lady. Pursued by deadly enemies from every direction, Alex won't rest until he claims the bounty of riches left to him by his father, the notorious Captain Kidd. A stowaway will not be tolerated-no matter how beautiful. But soon fighting his desire for Trina becomes his toughest battle yet, and he will have to make an agonizing choice: sacrifice his quest-or lose the woman who has stolen his heart.
Toon meer Toon minder

The second installment of the Highland Heirs series sweeps readers off on an outstanding high seas adventure. The Scottish highlands and a pirate ship provide the colorful setting for this well-written, exciting, and action-packed romance. Quinn transports readers into a delightfully innovative love story with an unusual plot and unconventional characters. --RT Book Reviews on The Wicked Ways of Alexander Kidd Deftly combines historical fact and powerful romance...Quinn's seamless prose and passionate storytelling will leave readers hungry for future installments. --Publishers Weekly, starred review, on Ravished by a Highlander. Seduced by a Highlander is sparkling, sexy and seductive! I couldn't put it down! Paula Quinn is a rising star! --Karen Hawkins, New York Times bestselling author Scottish romance at its very best! Deliciously romantic and sensual, Paula Quinn captures the heart of the Highlands in a tender, passionate romance that you won't be able to put down. --Monica McCarty, New York Times bestselling author on Seduced by a Highlander. Another winning mix of fascinating history and lush romance...Readers will be captivated. --Publishers Weekly, starred review, on Tamed by a Highlander Top pick! Quinn delivers top-notch Highland romance! --RT Book Reviews on Tamed by a Highlander 4 1/2 stars! Top Pick! The final book in Quinn's Children of the Mist series is Scottish romance at its best: captivating, tender and sensual with characters readers care about. --RT Book Reviews on Conquered by a Highlander Rich, evocative historical detail and enthralling characters fill the pages of this fast-paced tale. --Publishers Weekly, starred review, on Conquered by a Highlander Quinn's vivid second Highland Heirs novel, set in 18th-century Scotland, captures some of the most popular elements of historical romance: a beautiful stowaway, a dangerously sexy pirate, and the search for an elusive treasure. ...Quinn's steamy and well constructed romance will appeal to fans and newcomers alike. --Publishers Weekly on The Wicked Ways of Alexander Kidd
Toon meer Toon minder