There Goes the Hood Views of Gentrification from the Ground Up 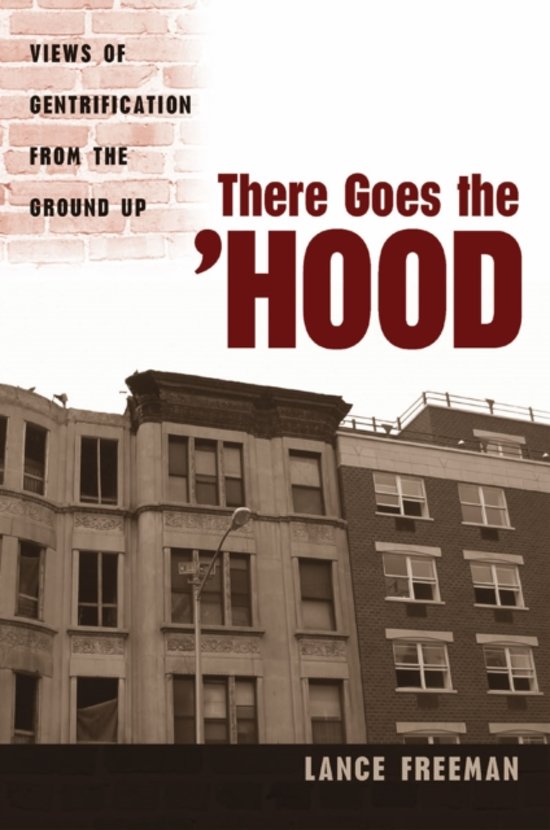 In this revealing book, Lance Freeman sets out to answer a seemingly simple question: how does gentrification actually affect residents of neighborhoods in transition? To find out, Freeman does what no scholar before him has done. He interviews the indigenous residents of two predominantly black neighborhoods that are in the process of gentrification: Harlem and Clinton Hill, Brooklyn. By listening closely to what people tell him, he creates a more nuanced picture of the impacts of gentrification on the perceptions, attitudes and behaviors of the people who stay in their neighborhoods. Freeman describes the theoretical and planning/policy implications of his findings, both for New York City and for any gentrifying urban area. There Goes the 'Hood provides a more complete, and complicated, understanding of the gentrification process, highlighting the reactions of long-term residents. It suggests new ways of limiting gentrification's negative effects and of creating more positive experiences for newcomers and natives alike.
Toon meer Toon minder

An important book. We know very little about black neighborhoods and how they are changing. There Goes the 'Hood will add much to the gentrification debates. -Kathe Newman, Urban Planning and Policy Development, Rutgers University

Originele Titel
There Goes the 'Hood: Views of Gentrification from the Ground Up