Thinking Through the Imagination Aesthetics in Human Cognition 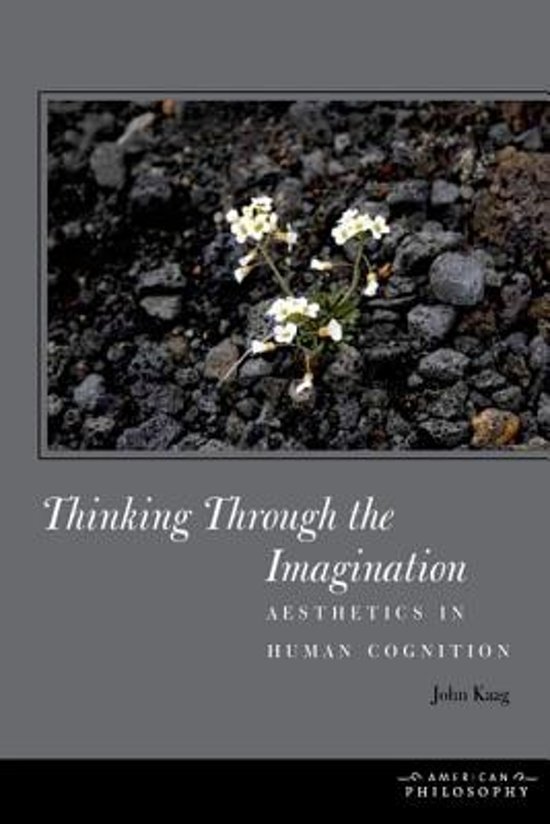 Use your imagination! The demand is as important as it is confusing. What is the imagination? What is its value? Where does it come from? And where is it going in a time when even the obscene mseems overdone and passe? This book takes up these questions and argues for the centrality of imagination in humanmcognition. It traces the development of the imagination in Kant's critical philosophy (particularly the Critique of Aesthetic Judgment) and claims that the insights of Kantian aesthetic theory, especially concerning the nature of creativity, common sense, and genius, influenced the development of nineteenth-century American philosophy. The book identifies the central role of the imagination in the philosophy of Peirce, a role often overlooked in analytic treatments of his thought. The final chapters pursue the observation made by Kant and Peirce that imaginative genius is a type of natural gift (ingenium) and must in some way be continuous with the creative force of nature. It makes this final turn by way of contemporary studies of metaphor, embodied cognition, and cognitive neuroscience.
Toon meer Toon minder

John Kaag's Thinking through the Imagination is a uniquely important contribution to the philosophy of imagination in at least six ways. First, it is the most comprehensive and detailed study ever of Charles S. Peirce's theory of imagination, although scholars have long recognized the importance of Peirce on this topic; this book is state of the art in Peirce scholarship. Second, it resets the philosophic discussion of imagination to a new default position, that of the American pragmatic tradition rather than the Kantian tradition, both of which Kaag discusses in detail. Third, although Kaag is primarily a philosopher setting forth his own position on imagination, he is also a careful historian of philosophy, working with letters and unpublished material as well as standard texts, and therefore speaks with full authority on the historical material of pragmatism and its relation to European philosophy. Fourth, he shows why Peirce is the pragmatist to watch on the subject of imagination, despite the greater fame of William James and John Dewey on the subject. Sixth, he is exactly right to place all this discussion in close connection with the studies of imagination in contemporary cognitive science, showing on the one hand that philosophers should have been following this science as Peirce would have done all along and on the other that cognitive scientists should have been learning from Peirce and the other pragmatists. This is a splendid contribution, not to be ignored by cognitive scientists, scholars of American philosophy, and philosophers and critics interested in imagination. -- Robert Neville * Boston University * This book is a giant step forward in understanding the interplay between imagination and inquiry in Peirce. Kaag brilliantly illuminates the influence of Kant's aesthetics and imagination for Peirce through Schiller with a discussion that ranges over literary analysis and cognitive and neural science as ways of explicating Peirce's logic and existential graphing. This is one of the best examples I know of handling Peirce's texts with both historical perspicuity and speculative insight. -- -Roger A. Ward * Georgetown College * This important book deserves a wide audience, and should be of interest to scholars working on a variety of topics. Kaag effectively exposes the Kantian roots of pragmatism, especially the link between Kant and Peirce. Against that background he articulates a pragmatic theory of the imagination that underscores its character both as fully embodied and as vitally central to human cognition and inquiry. Kaag's own insightful account plays out in a conceptual space far removed from the dangerous extremes of either biological reductionism or what he himself labels a 'naive panpsychism.' The result is really quite impressive, a virtuoso philosophical performance. -- -Michael L. Raposa * Lehigh University * Most impressive is the author's detailed and insightful presentation of Peirce's thoughts on the nature of imagination and the connection between imagination and inquiry. This alone is worth the price of admission. -- -F.A. Grabowski, Roger State University * Choice *
Toon meer Toon minder