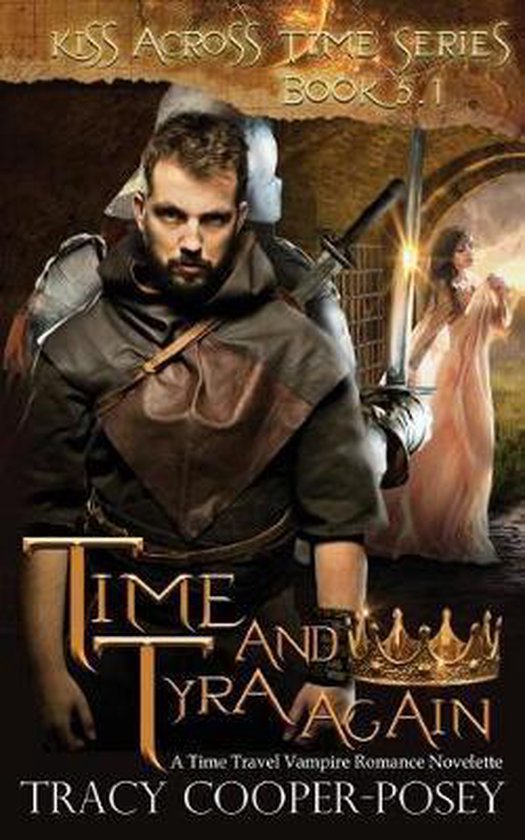 One hundred years ago, a meeting was arranged that would alter the course of history.

In 1191 at the Siege of Acre, Alexander Karim helped Brody Gallagher escape death by immolation. When Alex arrives in York, England, one hundred years later for their appointed meeting, he sees instead someone from his human life—Tyra of Norwich, who died two hundred years ago.

It is impossible she could still be alive, yet she is quite real and stirring old memories and feelings in both Alex and Brody…

Reader Advisory: This time travel novel features two super-hot alpha vampire heroes, and explicit sex scenes. Do not read this book if frank sexual language offends you.
The time-space continuum was restored to order at the end of this book. Promise.

[*Time Kissed Moments are short stories, novellas and collections that featuring the characters and situations featured in the Kiss Across Time series.]

The series has ongoing storylines and characters. Reading the books in order is recommended.

Praise for Time and Tyra Again

I absolutely love this series, you never know what the author is going to give us around that proverbial corner, but you know it will be filled with magnificent surprises.

A short but impactful story in Tracy Cooper-Posey's Kiss Across Time Series.

A worthy addition to the complex, interesting and intriguing Kiss Across Time series.

The link back, and explanation, of why certain events happened was very satisfying for me, as an avid fan of the series.

It's a delightful tale of a time long ago when two friends met up and and embark on an adventure for the greater good.
__

Tracy Cooper-Posey is an Amazon #1 Best Selling Author. She writes romantic suspense, paranormal, urban fantasy, futuristic and science fiction romances. She has published over 90 novels since 1999, been nominated for five CAPAs including Favourite Author, and won the Emma Darcy Award.

She turned to indie publishing in 2011. Her indie titles have been nominated four times for Book Of The Year and Byzantine Heartbreak was a 2012 winner. Faring Soul won a SFR Galaxy Award in 2016 for "Most Intriguing Philosophical/Social Science Questions in Galaxybuilding" She has been a national magazine editor and for a decade she taught romance writing at MacEwan University.

She is addicted to Irish Breakfast tea and chocolate, sometimes taken together. In her spare time she enjoys history, Sherlock Holmes, science fiction and ignoring her treadmill. An Australian Canadian, she lives in Edmonton, Canada with her husband, a former professional wrestler, where she moved in 1996 after meeting him on-line.
Toon meer Toon minder